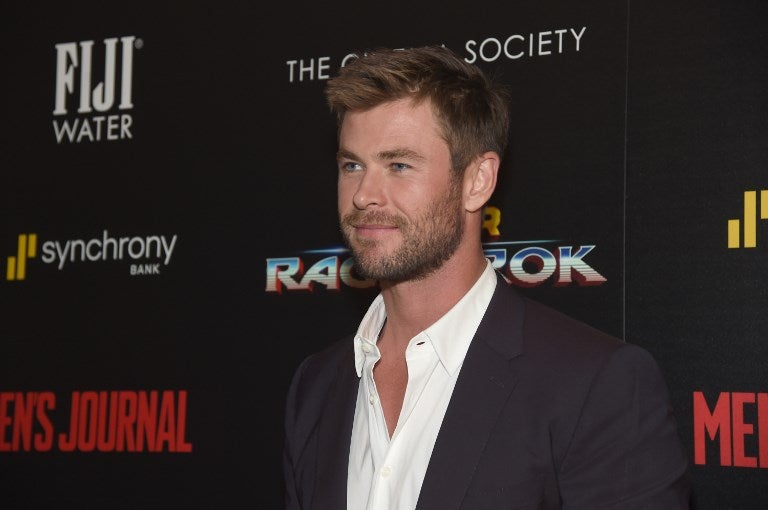 Chris Hemsworth said that his time as Thor is up after he finished shooting for the fourth Avengers movie.

“Contractually, right now — yeah, this is it. I’m done. I won’t be playing the character again,” he said in an interview with USA Today.

The buff 34-year-old said he just played Thor for the last time in the untitled Avengers movie. “Two days I ago, I was in Atlanta finishing Avengers in my Thor garb. It’s really been two years of non-stop. I’m exhausted, but good.”

He admitted that “it’s sort of a scary thought” to do away with the superhero costume.

“This really seemed like this never-ending thing. And now it’s potentially finishing,” he mused.

The Aussie actor has starred as the mighty god of thunder in three standalone movies and three Avengers films.

He shared that he talked to Marvel president Kevin Feige about what could happen with the character following the critical and commercial success of “Thor: Ragnarok”.

“It just depends on how The Avengers (movies) all wrap up,” said Hemsworth. “I finished shooting and now they are going to edit it and see how the stories play out. There are so many interwoven scenes and stories and characters.”

However, he and “Ragnarok” director Taika Waititi have already discussed plans on a fourth “Thor” movie on New Year’s Eve when they celebrated together.

“We gave cheers to ‘Thor 3’. But it also was like, ‘What could we do with four? We could do this and this.’ We were throwing ideas around,” he shared. Niña V. Guno/JB