Liza Soberano may not be the next Darna, but she was hard at work building her super-strength and agility to ward off enemies in the upcoming “Darna” remake. 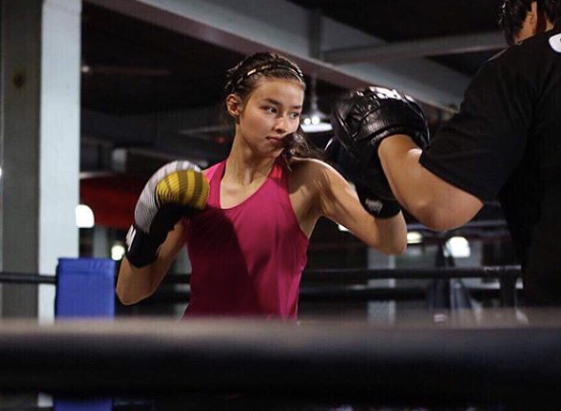 Mixed martial arts (MMA) fighter Erwin Tagle, who was part of the stunt team training the actress, shared pictures and videos on Facebook Wednesday, April 10, of Soberano going all out at the gym.

“[Superhero] in the making before she injured her finger,” he wrote.

One video shows how the 21-year-old actress would have defeated a group of thugs—and her winsome smile–after taking them down.

Even a minute of her workouts were no joke, as they involved lunges and planks.

It was not all serious though, as Soberano found amusement in taking down her trainers.

The actress was exposed to different martial arts, from kickboxing to fighting with nunchucks.

The decision to leave the prestigious project was not one she took lightly. Soberano disclosed that a finger injury prevented her from performing the demanding stunts in the film.

Soberano may not be Darna onscreen, but there is no doubt she captured her spirit and fighting form.  /ra