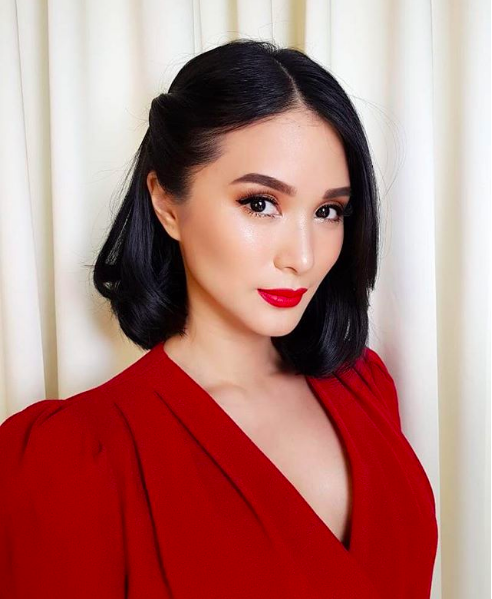 Expect to see Heart Evangelista back on the big screen, this time being the star of an international action film.

The actress-socialite said in a CinemaNews interview aired last Thursday, April 4, that she was not sure her upcoming movie, to be released at the end of the year, would be shown in Philippine theaters.

She added that it was “overwhelming” to shoot an international movie.

“Nakakapagod [din] kasi iba rin yung hinihingi nila na requirements, fitness and overall,” she said about her experience. “So it feels really good to be part of something.”

“You only live once, try new things from time to time,” she added.

It was first rumored that Evangelista was part of the “Crazy Rich Asians” sequel when she first flew to China back in  January. However,  she shut down the rumor on Twitter, and teased that she was in the country for “something else.”

“For those of you asking I am not in China to film for crazy rich,” her tweet read. “I am here for something else — can’t wait to share.”

For those of you asking I am not in China to film for crazy rich :) I am here for something else — can’t wait to share 🎥❤️

The last time Evangelista appeared on the big screen was in the 2015 film “Felix Manalo.”  Katrina Hallare /ra

Heart Evangelista causes a stir for carrying bottle of Chanel No. 5 in an airplane