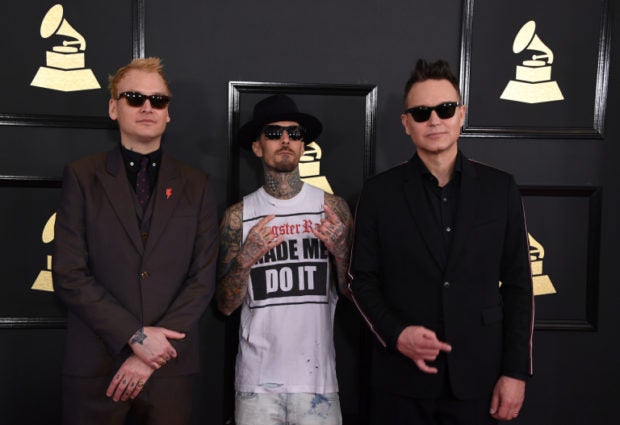 Blink-182 revealed they have recorded over 40 songs for their upcoming album, which will be the follow-up to their 2016 album “California”.

Bassist and co-lead vocalist Mark Hoppus teased that the band’s new album will take a more “aggressive and experimental” path than their previous records.

Although no additional details have been revealed yet, Hoppus revealed that the new record will defy fans’ expectations.

Earlier in the month, Blink-182 drummer Travis Barker teased that the new record will be out before the Warped Tour Atlantic City, scheduled for the weekend of June 29 and 30.

“I think we’ll be wrapped up right after the time we play Back to the Beach,” he added to Front Row Live Entertainment.

To celebrate the 20th anniversary of their hit album “Enema of the State”, Blink-182 intend to perform the album in its entirety at Back to the Beach.

Yes I think we’re going to play EOTS in its entirety at Back to the Beach to celebrate 20yrs.

The music festival will take place in Huntington Beach, California, on April 27 and 28. It will feature performances by The Used, Goldfinger, The Story So Far, The Aquabats, The Wonder Years and more. CE/JB

TAGS: "Enema of the State", Back To The Beach, Blink 182, California, Mark Hoppus, new album