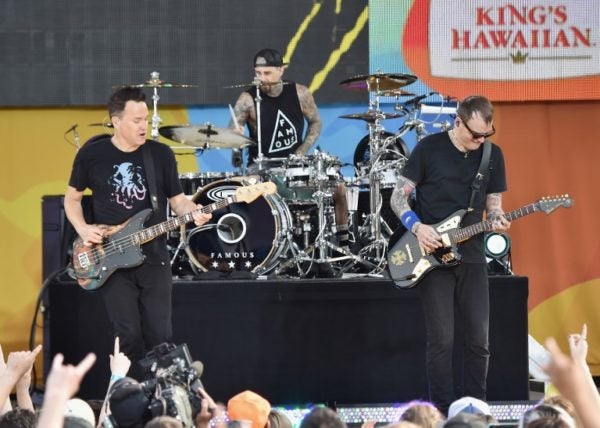 Rockers Blink-182 on Saturday called off stadium shows they had planned with Linkin Park whose singer Chester Bennington hanged himself.

The bands, two of the top-selling rock acts at the turn of the century, had been set to team up for “Blinkin Park” concerts at New York’s Citi Field baseball stadium Friday and two days later at Hershey Park in Pennsylvania.

A day after Linkin Park scrapped its tour in light of its frontman’s suicide, Blink-182 said it would not go ahead on its own and that the shows were canceled.

“Blink-182 is wrecked by the loss of our friend and amazing musician Chester Bennington,” it said in a statement.

“We could never imagine playing Blinkin Park without his incredible talent and voice. It just would not be possible,” it said.

The concerts had also been due to include leading hip-hop ensemble the Wu-Tang Clan and Machine Gun Kelly, a rapper from a younger generation.

Machine Gun Kelly on Facebook mourned Bennington but said he would return to the stage with a concert Sunday in Las Vegas.

“It’s time to start celebrating LIFE, and we will celebrate his as well,” he wrote.

Bennington, 41, had long struggled with drug and alcohol problems and was traumatized by being molested as a child.

His body was found hanging by a belt at his Los Angeles home on Thursday, which would have been the birthday of his friend Chris Cornell, the Soundgarden singer who similarly killed himself in May.