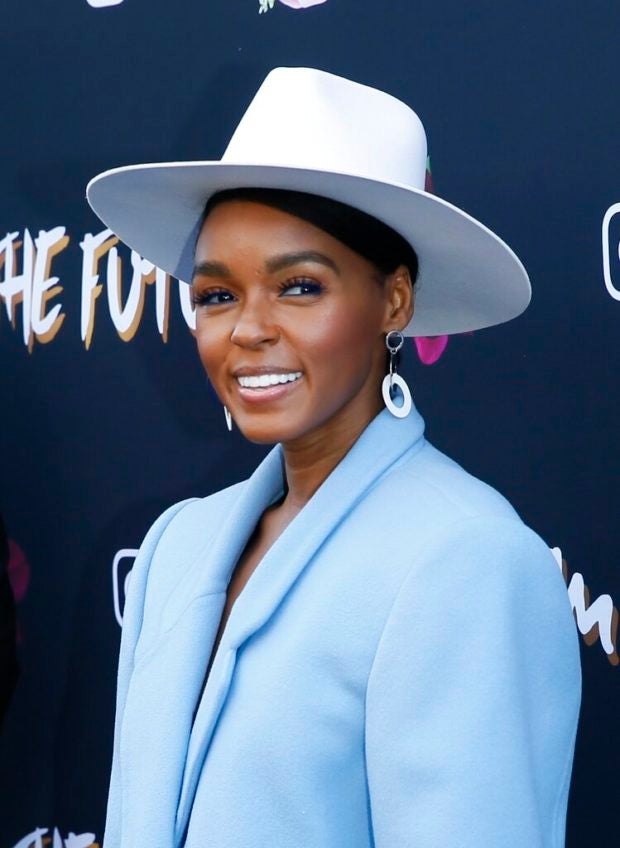 LOS ANGELES — At a pre-Grammy brunch honoring Janelle Monae, a few hundred music industry players and performers packed tightly in a room to hear the singer speak passionately about women being the backbone of the music industry and dominating in nominations at Sunday’s show.

And then there was a loud noise of glass shattering in the background.

“That glass ceiling has to be broken,” Monae improvised as the audience erupted into cheers and applause.

Monae hosted the Friday brunch alongside Instagram to celebrate her Grammy nominations, including album of the year for her groundbreaking release, “Dirty Computer.” The event also highlighted her organization Fem the Future, which empowers women in music to take on roles as engineers, producers, music video directors and more.

Brandi Carlile, the folk singer nominated for six Grammys including Album, Song and Record of the Year, looked to Monae and said: “Girl, I would vote you into presidency.”

Monae was also joined by songwriter Linda Perry, the first women nominated for non-classical producer of the year in 15 years and rapper-singer Tierra Whack, who scored a nomination for best music video for her “Mumbo Jumbo.” Esperanza Spalding, Melanie Fiona, Goapele and others also attended.

“As you go on that red carpet, as you take the stage, as you are with your teams and you’re dealing with that anxiety and that pressure and you’re feeling like you’re falling into competition with your fellow women and sisters, know that that’s not what this is about. Know that I support you — win or lose,” Monae said. “I relax more … when I know that I am supported by other women … and I feel like I can do anything.”

Monae also highlighted the huge year for women at the Grammys: Five of the eight Album of the Year nominees are women, and six of the eight best new artist contenders are female acts. Women, from Lady Gaga to SZA to Maren Morris, make up many the nominations in song and record of the year.

It’s a far stretch from last year’s Grammys, where Lorde was the only women nominated for album of the year and only two women won prizes during the live telecast.

“This isn’t a trend, this is a fleeting moment, this is a critical time in our history — a turning point where the only way out is going forward,” Monae said. MKH