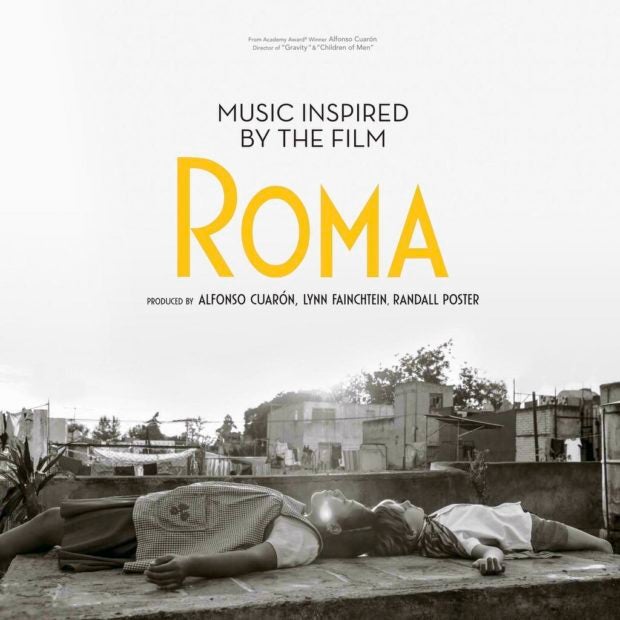 Beck, Patti Smith, Unkle, DJ Shadow and Billie Eilish are part of a large and diverse group performing songs inspired by Alfonso Cuaron’s “Roma,” resulting in an album that has plenty of good music but with few direct links to the film.
The film’s soundtrack was based on songs played by Mexican radio stations in the 1970s, most by Mexican artists like Jose Jose and Javier Solis.

Most of the 15 tracks on this album are originals written by some of Cuaron’s favorite musicians, including Cafe Tacuba’s Quique Rangel and Asaf Avidan, and today you’d search far and wide — and probably without success — for a commercial broadcaster with a playlist this varied.

French sister duo Ibeyi’s “Cleo Who Takes Care of You” references the movie — Cleo is the live-in maid at the core of “Roma,” a Mexico City neighborhood — as does Sonido Gallo Negro’s “Cumbia del Borras,” which includes plenty of barking by the dog it pays homage to, and in a more elliptical way, so do EL-P & Wilder Zoby with their space-age instrumental “Marooned.”

Other top songs include “Con el Viento” by a fragile-sounding but determined Jessie Reyez, Michael Kiwanuka singing on Unkle’s “On My Knees,” and Beck’s fascinating, orchestrated “Tarantula” — an early 1980s U.K. pearl by Colourbox — where he sounds like Robert Plant doing a Bryan Ferry impression.

After Laura Marling’s stately take on “Those Were the Days,” which can be heard by Ray Conniff in the film, T Bone Burnett’s “Roma” feels like someone ripping off your earphones while you were daydreaming.

It ends the album with four minutes of hammering percussion and sounds of the city, including salesmen hawking honey and roasted pumpkin seeds. The dream is over but life has to go on. MKH