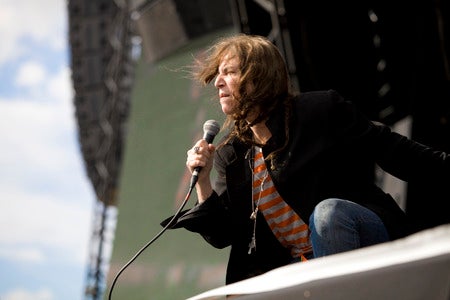 “Music Inspired by the Film Roma” is curated by the film’s Oscar-winning director Alfonso Cuarón and features musicians from across the globe.

Not to be confused with the soundtrack for his new critically-acclaimed film, which released in December 2018, the “Inspired By” album consists of all new recordings.

An advance track, Beck’s “Tarantula”, a reworking of an 1982 song by the group Colourbox, was released today. It features a 24-piece orchestra led by Beck’s renowned arranger father, David Campbell.

Cuarón’s 16-year-old daughter, Bu Cuarón, is behind the electro-pop “PSYCHO”, while Patti Smith contributes a new version of her 1996 song “Wing”.

Mary Hopkins’ 1968 hit “Those Were the Days”, which appears in the film’s soundtrack in an easy-listening version by American bandleader Ray Conniff, gets a new rendition by British folk singer Laura Marling, making it the only song to grace both “Roma” albums.

Alfonso Cuarón’s “Roma” is now available to stream via Netflix. “Music Inspired by the Film Roma” is set for a Feb. 8 release. JB

ROMA’s official trailer is finally out!