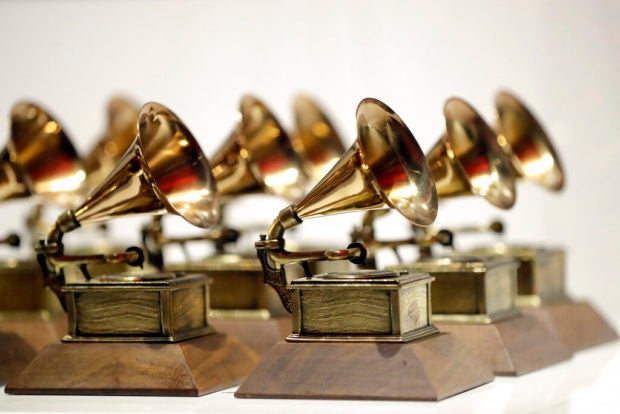 FILE – In this Oct. 10, 2017, file photo, various Grammy Awards are displayed at the Grammy Museum Experience at Prudential Center in Newark, N.J. When the Grammys added more nominees to its top four categories, the Recording Academy said in a statement last year that the expansion from five to eight nominees would add more “flexibility” for voters. But for those artists competing in the night’s biggest awards, the change made it a little harder for anyone nominee to win, statistically speaking. Image: AP Photo/Julio Cortez, File

NASHVILLE, Tennessee — When the Grammys added more nominees to its top four categories, the Recording Academy said the expansion from five to eight nominees would add more “flexibility” for voters. But for those artists competing for the night’s biggest awards, the change made it a little harder for anyone nominee to win, statistically speaking.

For the first time in the history of the awards, eight nominees will compete in Album of the Year, Record of the Year, Song of the Year and Best New Artist. The change came after the Grammys were criticized for the lack of female winners on last year’s awards show and often rap and R&B artists don’t end up winning in the all-genre categories even when they are considered favorites.

Here’s a look at how expanding the number of nominees will affect the 2019 Grammys, airing live Sunday from Los Angeles.

When the nominations came out in December, the immediate effect was that women were a majority of the nominees in two of the top categories. In Record of the Year, five nominees are rap songs.

Neil Portnow, the academy’s president and CEO, said they wanted to expand the all-genre categories because those were the categories that got the most entries and had the largest number of voting members. Academy voters are performers, songwriters, producers, engineers, musicians and others currently working in the music industry. Last year, the academy also invited hundreds of new people to become voting members, which can also affect voting this year.

Portnow said adding three more slots for voters to choose from would “broaden the ability of entries to be more diverse,” not only in terms of gender and ethnicity but also the genres of music.

“I do think it’s had the positive change and impact we’re looking for,” he said.

But just increasing the nominees doesn’t necessarily mean women and rap artists have a greater chance of winning. In fact, adding competition has made it harder for any single nominee to win, explains Ben Zauzmer, an awards analyst. Zauzmer is a freelance journalist who works for The Hollywood Reporter and has been using data to predict, often correctly, the winners of the Academy Awards.

Zauzmer says that these award shows are often hard to predict because they don’t release their vote totals, so he can’t predict winners with certainty, but uses logic and voting patterns to make speculations.

By increasing the number of nominees, the minimum percentage of the total votes an artist or song or album needs in order to win falls from a little over 20 percent to a little over 12.5 percent. But Zauzmer explains those numbers are misleading because that only happens when there is a near perfect tie among all the nominees, which is very unlikely, Zauzmer said.

“Even though you probably need fewer votes to win, there’s now a lot more competition in order to get those votes,” he said. “My best guess is this will reward songs or artists that have a truly devoted following.”

For instance, one new artist nominee, the R&B singer H.E.R., is also nominated for album of the year, which would indicate a higher probability of being a Grammy voter favorite, Zauzmer noted.

The Grammys’ top categories are different than an awards show like the Oscars, in which voters rank their best picture nominees. Zauzmer said that a ranked choice voting system often results in rewarding movies that have a lot of consensus among the voters.

“A voting system that allows each person to vote for one favorite tends to reward songs that have a truly passionate following,” he said.

By expanding the nominees, vote splitting along genre lines or between two artists or songs that are similar becomes a real risk, Zauzmer said. Record of the year nominees include five rappers — Drake, Cardi B, Kendrick Lamar, Post Malone and Childish Gambino — competing against Lady Gaga and Bradley Cooper’s “Shallow,” Brandi Carlile’s “The Joke,” and the Zedd-Maren Morris-Grey collaboration “The Middle.” That’s a scenario where a split vote could hurt a rap song’s chances of winning.

Portnow noted that vote splitting happens whether there are five or eight nominees and is always a dynamic of the voting process.

But one long-term effect of the expansion of the nominees in these categories is a greater chance for upsets, Zauzmer said, although he doesn’t expect that to happen right away.

“I think a lot of people expect ‘Shallow’ to win at least one in the song or record categories,” he said. “But let’s give it time. If you watch the Grammys for the next decade, two decades, three decades, I do believe in the long run more nominees should lead to more surprises. The fact that you probably don’t need as many votes to win, the fact that some nominees might be splitting votes with each other who might otherwise be favorites, that can definitely lead to more so-called upsets.”

Portnow said until the results are announced, there’s no way to know how the additional nominees might affect the voting long-term. But he said they will definitely be looking at the results and evaluating how the process worked.
“Time will tell,” Portnow said. MKH