‘Young and the Restless’ actor Kristoff St. John dead at 52 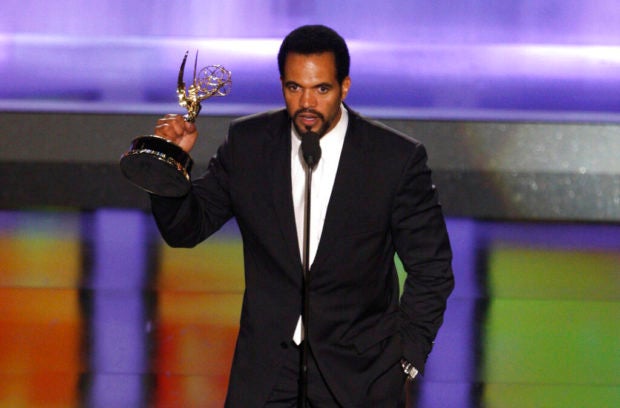 FILE- In this June 20, 2008, file photo Kristoff St. John accepts the award for outstanding supporting actor in a drama series for his work on “The Young and the Restless” at the 35th Annual Daytime Emmy Awards in Los Angeles. John has died at age 52. Los Angeles police were called to John’s home on Sunday, Feb. 3, 2019, and his body was turned over to the Los Angeles County coroner. The cause of death was not available. Image: AP Photo/Matt Sayles, File

LOS ANGELES — Kristoff St. John, who played the struggling alcoholic and ladies’ man Neil Winters for 27 years on “Young and the Restless,” has died. He was 52.

Los Angeles police were called to his home Sunday and his body was turned over to the coroner. The cause of death was not immediately available Monday.

St. John had played Neil Winters on the CBS soap opera since 1991, earning nine Daytime Emmy nominations. He won a Daytime Emmy in 1992 for outstanding younger actor in a drama series and won 10 NAACP Image Awards.

His business guy character wended his way through romances, deaths of loved ones and other daytime travails that descended into alcoholism, until his Winters went to rehab.

St. John announced in September that he was engaged to model Kseniya Mikhaleva.

“So early…..so early,” she wrote in her Instagram Stories. “Why you are leave (sic) so early????Why…you are always in my heart.”

St. John was twice married and divorced and was the father of a son and two daughters. His 24-year-old son, Julian, died in 2014. On Jan. 21, St. John retweeted “Grieving the loss of a child is a process. It begins on the day your child passes, and ends the day the parent joins them.”

CBS and Sony Pictures Television said in a joint statement that St. John’s death is heartbreaking.

“He was a very talented actor and an even better person. For those of us who were fortunate enough to work with him on ‘The Young and the Restless’ for the last 27 years, he was a beloved friend whose smile and infectious laugh made every day on set a joy and made audiences love him,” the statement said.

Fellow cast members and friends were shocked and saddened.

“Sitting by myself in my car! It’s raining outside, with dark clouds and wind outside… am reading your tweets about my friend KRISTOFF! Thank you all for your kind words! I have none right now! He was a hell of an actor and simply one of the nicest guys ever! Can’t believe it!” tweeted Eric Braeden, who plays Victor Newman on the show.

Viola Davis and Yvette Nicole Brown were among others. Brown tweeted: “No!!! This news has truly broken my heart. Kristoff was pure & so kind. I will never forget how wonderful he was to me and everyone else he came into contact with. He was just a good, good man.” MKH

Read Next
Ariana Grande sued over ‘God is a Woman’ image
EDITORS' PICK
Harnessing technology for quality education
‘I believe’: Hidilyn Diaz bucks the odds to win historic Olympic gold
Tips for a cheerful life
Hidilyn Diaz wins weightlifting gold in Tokyo Olympics
Filipinos celebrate PH’s first gold medalist Hidilyn Diaz
Connect to PH’s fastest network with new Signature Plan Lite at only P599 per month
MOST READ
Hidilyn Diaz wins weightlifting gold in Tokyo Olympics
Go to war with China over West PH Sea? It will be a ‘massacre’, says Duterte
FLASHBACK: The day Hidilyn was shocked over inclusion in oust-Duterte matrix
Hidilyn shoots not only for gold but also for permanent place in PH sports history
Don't miss out on the latest news and information.