MANILA, Philippines — The one-minute teaser trailer of Liza Soberano and Enrique Gil’s comeback movie “Alone/Together” left a lot of netizens speculating about what the film is really about.

But more than the romance surrounding the character of Soberano, as Tin, and Gil, as Raf, is how director and writer Antoinette Jadaone wanted to portray youth and the dreams they have in life. 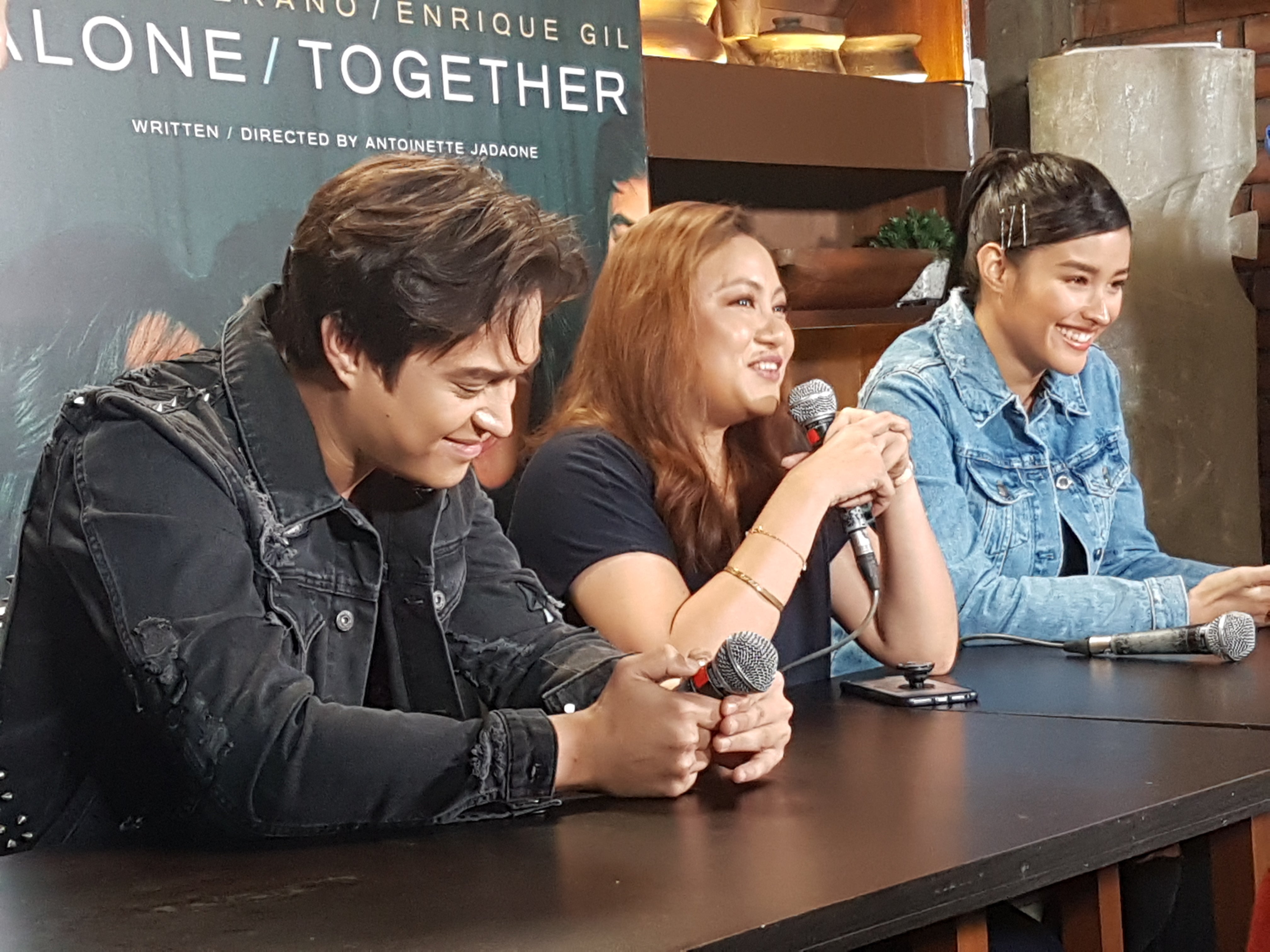 (From left to right) Enrique Gil, Antoinette Jadaone and Liza Soberano face members of the press for the media gathering of their film “Alone/Together” at the Dong Juan restaurant in Quezon City. INQUIRER.net/Krissy Aguilar

“It’s a general feeling of going back to your youth kasi at one point or another in your adult life, you feel like you lost your idealism, your dreams that you had when you were young,” Jadaone explained during the film’s media gathering on Wednesday in Quezon City.

The filmmaker said it delves on “how adults feel about their life now,” making them ask, “Are they happy? If you’re successful, is that what makes you happy? What makes you really happy as an adult?” 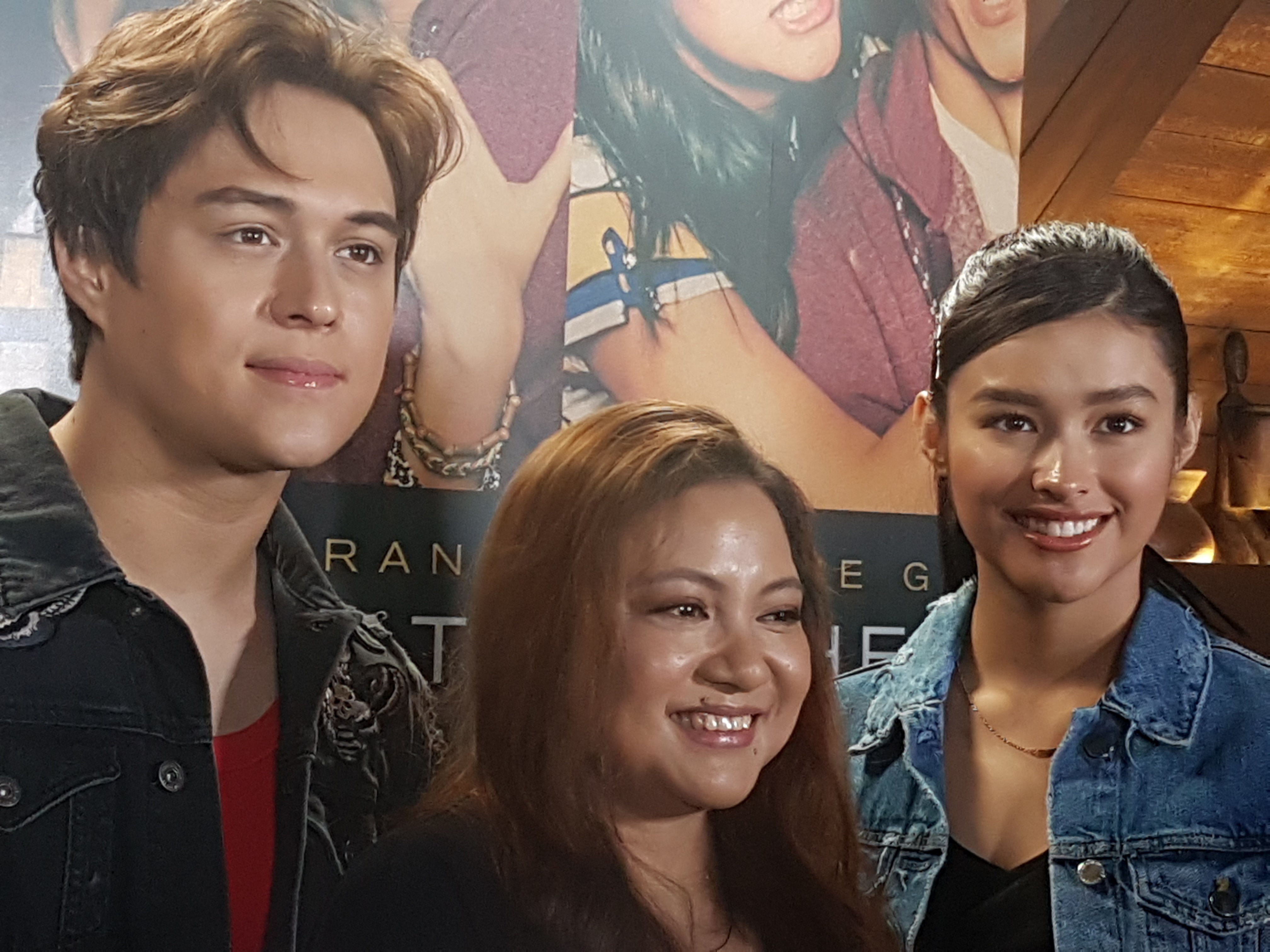 (From left to right) Enrique Gil, Antoinette Jadaone and Liza Soberano face members of the press for the media gathering of their film “Alone/Together” at the Dong Juan restaurant in Quezon City. INQUIRER.net/Krissy Aguilar

More than this, Gil said young adults can also relate to the film as it portrays the uncertainty of one’s future: “A lot of young adults right now, they really don’t know what they want to do sa future nila.”

The 26-year-old actor explained, “Depende sa culture natin kasi syempre we also take courses because our parents want us to. It’s a very different case for young adults these days— from what they really want and from what their parents want. Kung anong kaya ko pero kung ano talaga ang gusto ko.”

“I think nobody really pays attention to it. But I think this movie does and I think it’s very important for young adults and also for older people,” he added.

Older audiences, according to GIl, can also relate to the film, saying: “Sa older audiences po natin na may mga dreams siguro sila na hindi nila nakamit, just a little taste of that past memory will make them remember what their dreams are before.”

Soberano, on the other hand, emphasized how the movie can take audiences down the memory lane to their college years.

“Sa mga manonood po ng film, I think makaka-relate sila or mababalik sila sa memories nila. Sa struggle in their college days of figuring out who they want to be,” she said.

The 21-year-old actress added, “Yung iba sure na sila na ‘Ito yung gusto kong makamit’ pero it doesn’t turn out to be that way. Sana lalabas sila ng cinemas realizing na they’re more than their mistakes and that there’s always a way to turn it around. Maybe not in the way that you’ve visioned it pero something even better.”

In the teaser trailer released by Black Sheep Productions last week, Tin (Soberano) is featured as an art student from the University of the Philippines (UP) Diliman who wants to change the world.

Raf (Gil) is supportive of her achievements, but is somehow skeptic of her dreams, which led Tin to say, “Gusto mo, sama pa kita eh! Mababago natin ang mundo.”