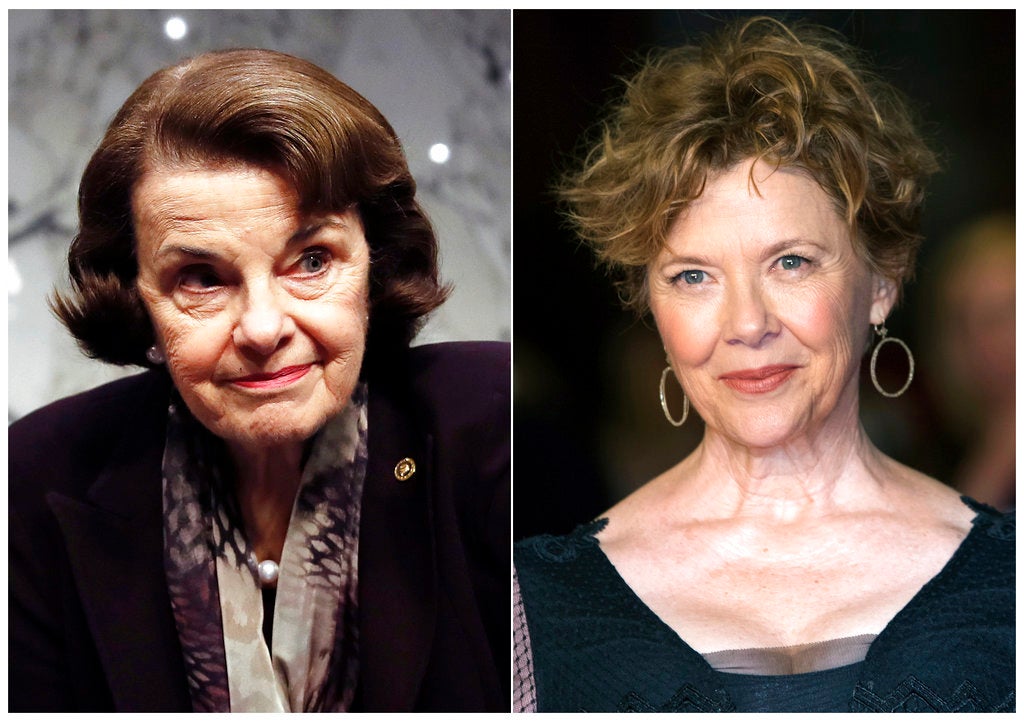 In this combination photo, Sen. Dianne Feinstein, D-Calif., arrives for a Senate Judiciary Committee hearing on Capitol Hill in Washington, on Dec. 6, 2017, left, and actress Annette Bening appears at the BAFTA Awards in London on Feb. 18, 2018. Image: AP

LOS ANGELES (AP) — Annette Bening plays Senator Dianne Feinstein, Zac Efron takes on Ted Bundy, Awkwafina dives into a dramatic role, and Harvey Weinstein gets a documentary spotlight in films that will premiere at the 2019 Sundance Film Festival in January.

The Sundance Institute revealed on Wednesday 111 feature films, culled from 4,018 submissions, set to screen at the annual festival this January in Park City, Utah.

From incisive documentaries to groundbreaking dramas and edgy genre fare, films that launch at Sundance make up many of independent films populating theaters for the rest of the year, and often find their way into the Oscar conversation too (think, “Get Out” and “Call Me By Your Name”). Films that debuted earlier this year at Sundance include awards buzzworthy documentaries like “RBG,” ”Three Identical Strangers” and “Won’t You Be My Neighbor” and narrative films like “Wildlife,” ”Private Life,” ”Eighth Grade” and “Sorry to Bother You.”

Festival programmers promise a similar breadth of original viewpoints, authenticity in storytelling, new talents, a particularly robust world cinema section and films that might show actors in a new light.

“The Farewell,” from director Lulu Wang, is just one of those. It features this summer’s comedy breakout Awkwafina (“Crazy Rich Asians” and “Ocean’s 8”) in a dramatic turn as a Chinese-American woman who returns to China to stay with her terminally ill grandmother.

“I think it’s a great showcase for her,” said Kim Yutani, Sundance’s new director of programming.

Festival director John Cooper notes that “Honey Boy,” written by and starring Shia LaBeouf, is also one that might surprise audiences. Lucas Hedges plays a younger version of LaBeouf in this story about a child TV star and his father.

“He’s stepping out into a place that I would say is very raw and real for him,” said Cooper.

A few actors are taking on real life persons, like Bening as Dianne Feinstein in “The Report,” from director and screenwriter Scott Z. Burns. It focuses on the Senate’s study into the CIA’s Detention and Interrogation Program and co-stars Adam Driver and Jon Hamm.

“It’s kind of one of those Meryl Streep star turns where she gets all the nuance of her,” said Cooper.

Efron is playing Ted Bundy in the Joe Berlinger film “Extremely Wicked, Shockingly Evil and Vile,” which takes on the infamous criminal from the perspective of his longtime girlfriend, while Lupita Nyong’o takes a surprising turn in the “midnight” movie “Little Monsters,” from Abe Forsythe, in which she plays a kindergarten teacher who has to protect her students from zombies.

Other documentaries will explore the first trip to the moon (“Apollo 11”), the nation’s mentally ill (“Bedlam”), the ascent of Alexandria Ocasio-Cortez (“Knock Down the House”), the rise and fall of Theranos and Elizabeth Holmes (“The Inventor: Out for Blood in Silicon Valley” from Alex Gibney) and the Cambridge Analytica/Facebook scandal (“The Great Hack”).

This year’s lineup includes 45 first time filmmakers. Overall 40 percent of the films selected were directed by women, 36 percent by a filmmaker of color and 13 percent by a filmmaker who identifies as LGBTQ. The diverse lineup, Cooper said, is a “natural outcome” of looking for interesting stories that show the world we live in.

“Society relies on storytellers. The choices they make, and the risks they take, define our collective experience,” said Robert Redford, Sundance Institute president and founder, in a statement. “This year’s Festival is full of storytellers who offer challenges, questions and entertainment. In telling their stories, they make difficult decisions in the pursuit of truth and art; culture reaps the reward.”