‘Star Wars’ shorts to introduce young viewers to a galaxy far, far away 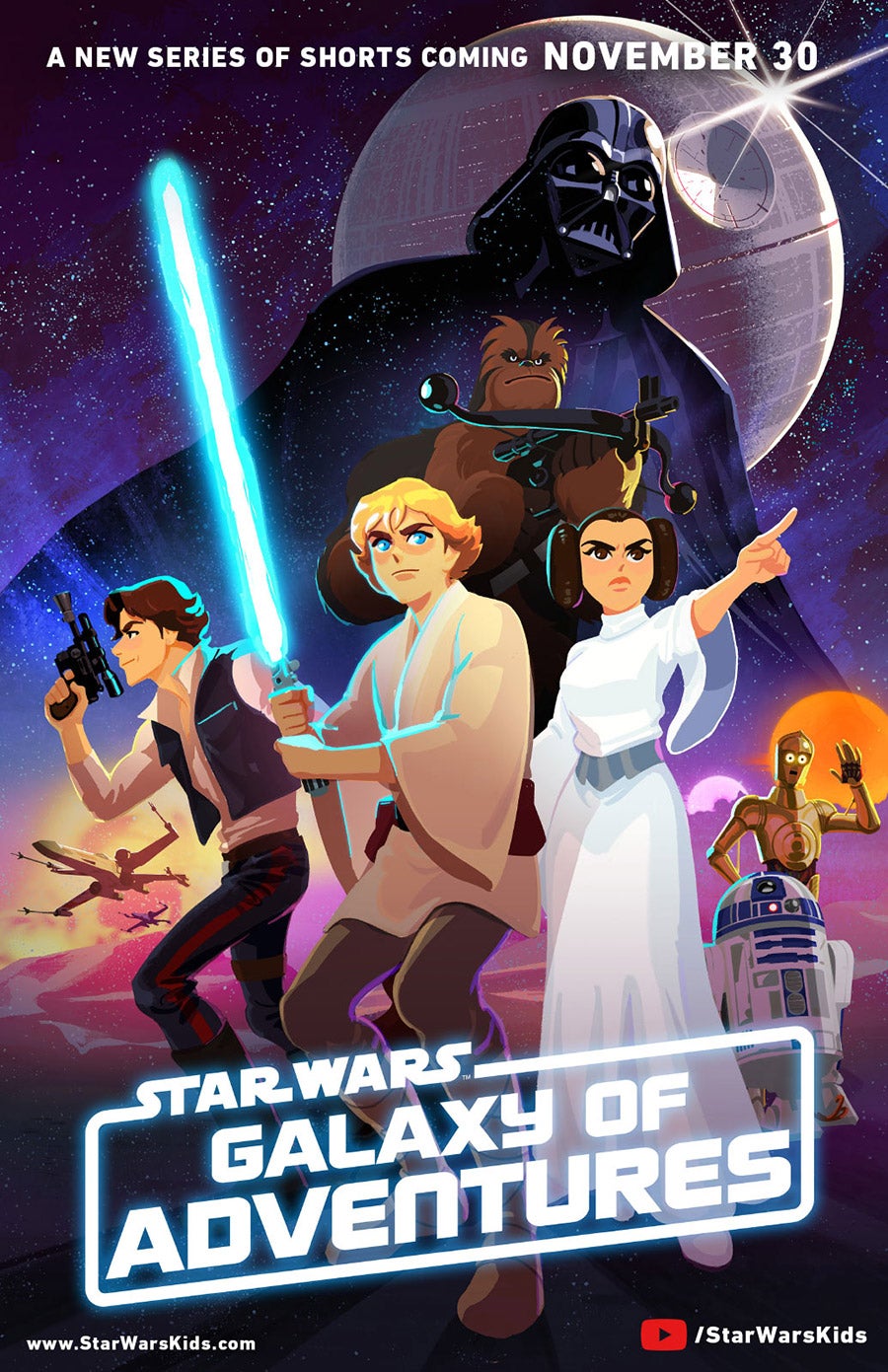 The next generation of “Star Wars” fans can be introduced to the galaxy far, far away at a young age through a new series of animated shorts.

“Star Wars Galaxy of Adventures” will premiere on Nov. 30 at the same time the new Star Wars Kids YouTube channel and StarWarsKids.com website formally debut, as reported by StarWars.com.

The new series will essentially showcase iconic and educational tidbits from the original “Star Wars” trilogy in animated form to make them more appealing to a younger audience. Fans who are now parents will then have a more approachable method of introducing their kids into the fandom without having to do lengthy explanations on what happened during the movies.

“With Galaxy of Adventures, we wanted to craft something that allowed parents to help their kids take their first step into a much larger world whether they were ready to show their kids the films or wanted to find new ways to explore the content,” said James Waugh, Lucasfilm vice president for franchise content and strategy.

Additional content will go live by December, with regular updates scheduled all throughout 2019. The shorts are also part of a bigger marketing strategy that will culminate in the screening of “Star Wars: Episode IX” in December 2019.  Alfred Bayle /ra