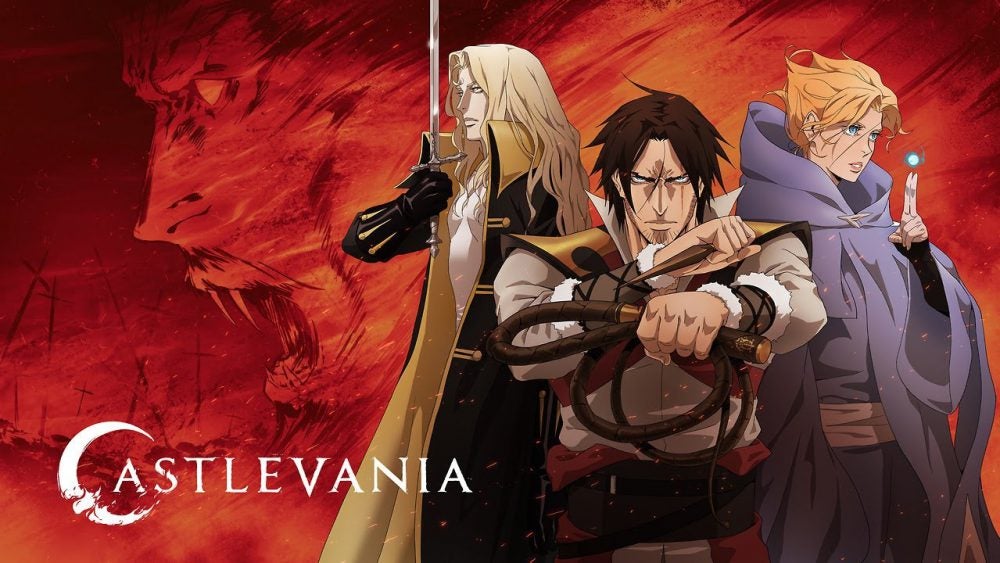 Shankar tweeted the good news on Nov. 1 and thanked the fans and Netflix for “a dream come true.” 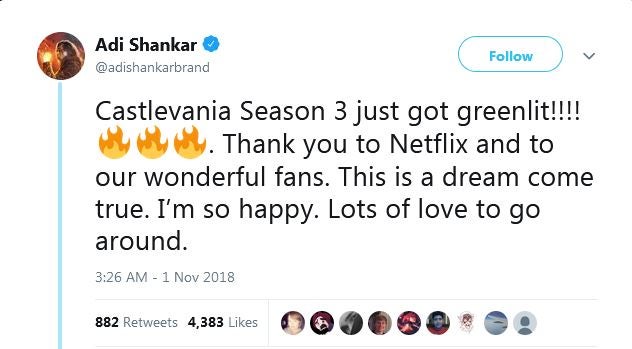 The producer continued on the tweet thread how scriptwriter Warren Ellis had been one of his biggest artistic influences. He also believed Ellis’ work brought the characters to life and gave depth to every scene. Shankar also gave a shout-out to director Sam Deats, whom he called “a student of the game and he’s become a master.”

Shankar also upped the bar of expectation after the eight-episode second season received positive response from the audience.

He then pointed out that games and cartoons aren’t just for children. Shankar considered it “an art form of immense sophistication.” Considering the gore and bloodshed in the show, not to mention the mature theme of grief and loss, “Castlevania” is definitely not a cartoon parents should leave their kids with.

Animation distributor Wow! Unlimited Media confirmed in a statement that the third season will have a total of 10 episodes. With more episodes to work with to weave the new “Castlevania” story, fans may be inclined to expect that Emmy Shankar mentioned in his tweet.

“Castlevania” began streaming on Netflix on July 7, 2017, with just four episodes. It served as an introduction to the series and the characters Trevor Belmont, Alucard and Sypha Belnades. The series was based on Konami’s 1989 game “Castlevania III: Dracula’s Curse.”

The second season, which streamed on Oct. 26. 2018, includes eight episodes and contains more action scenes as the story builds up to the final confrontation at Dracula’s castle.  /ra

Read Next
Family of singer Chris Cornell sues doctor over his death
EDITORS' PICK
Geek out at TOYCON 2022 powered by Smart Signature
House energy committee chair Arroyo bats for cheap electricity
UK’s Boris Johnson will resign, BBC reports
High inflation: Your P1 is now worth only 87 centavos
Unemployment rate up to 6% in May
High-risk pregnancy: Reducing your risk is in your hands
MOST READ
Kim Atienza’s daughter flaunts bikini body in response to critics of her ‘revealing photos’
Judy Ann Santos takes break from shooting cooking videos due to price increases: ‘Parang unfair’
FDA probes popular Filipino noodle brand for ‘high level of ethylene oxide’
Japanese artist who created ‘Yu-Gi-Oh!’ found dead in the sea
Follow @ABayleINQ on Twitter
Don't miss out on the latest news and information.