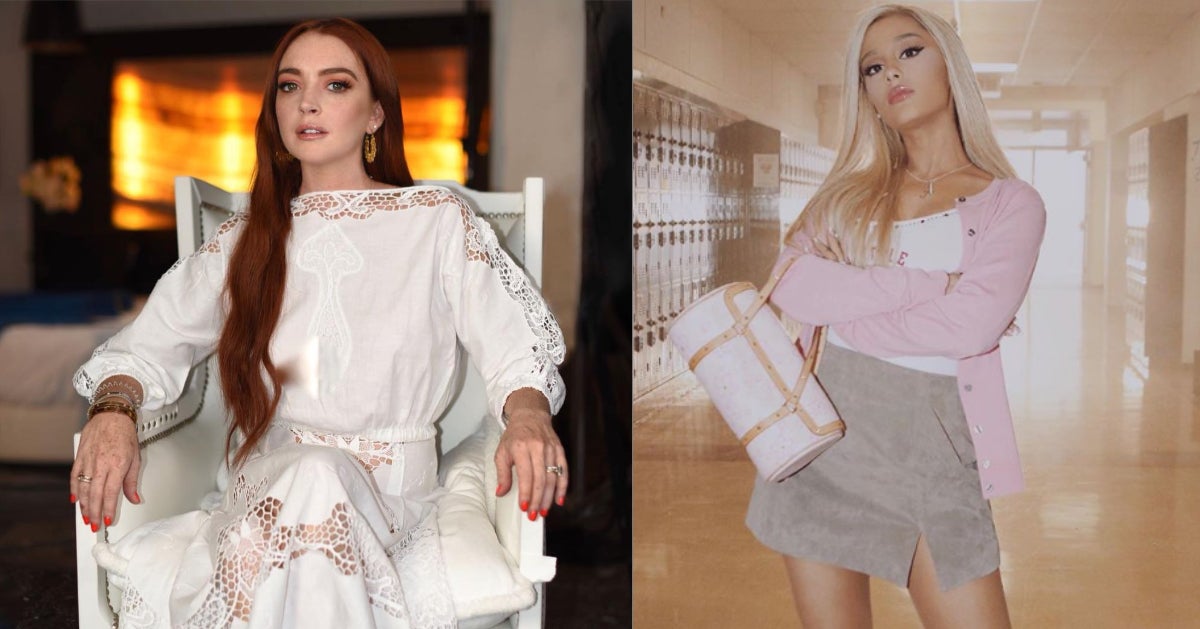 Over the past week, the pop star has been teasing via social media movies that would be included, such as “Legally Blonde,” “Bring It On” and “Mean Girls.”

Grande released behind-the-scenes photos from the video, such as herself dressed as “Mean Girls” queen bee Regina George.

Grande dropped a trailer for the music video on Tuesday, Nov. 27, which parodied the “Who is Regina George?” sequence in the hit 2004 film. It also featured cameos from Jonathan Bennett as Aaron Samuels and Stefanie Drummond as Bethany Byrd.

The tribute caught Lindsay Lohan’s attention—she was, after all, the star of the said film.

In a selfie on Instagram yesterday, Nov. 28, she said, “Ain’t nobody Lindsay Lohan like the real Lindsay Lohan. But so flattered by @arianagrande loving #MeanGirls so much! Also, I love #dynasty.”

Whether the statement is a seal of approval or is a tad cheeky is up for interpretation. Grande has yet to respond.

Lohan also teased in the Instagram post that she was “behind the scenes,” but did not reveal what the shoot was about. She has an upcoming reality show with MTV about her ventures into managing beach clubs.  /ra