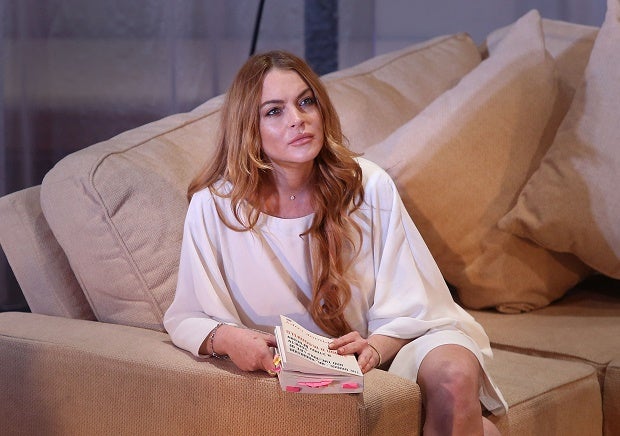 In this Sept. 30, 2014, file photo, actress Lindsay Lohan performs a scene from the play “Speed the Plow” during a photocall at the Playhouse Theatre in central London.  AP FILE PHOTO

Lindsay Lohan’s supposed attempt to rescue Syrian children has raised alarm not only among netizens but also within her own circle of friends and family.

This comes after the actress-turned-club owner took a video via Instagram Live of herself following what appeared to be a homeless family and claimed that she would rescue the children from being trafficked. Instead, she received a hard punch to the face from the mother.

Prior to the incident, Lohan had uploaded videos of her partying in a club. TMZ believes that she was in Moscow.

Lohan’s friends are attempting to get her back to the US so she can receive care, reports TMZ. The plan is to bring her to Cincinnati so that she can be surrounded by friends and won’t hounded by paparazzi.

The 32-year-old has continued partying and drinking, and is described as a “nightmare to those around her” by a source, according to People.

Her family supposedly knows she hasn’t been sober, according to an Us Weekly source. Her living abroad has been viewed as a chance to be “less accountable.”

Lohan has been living in Dubai and Mykonos, where her eponymous beach club is. She has been working on an MTV reality series about her Greek club, which will premiere in 2019.  Niña V. Guno /ra