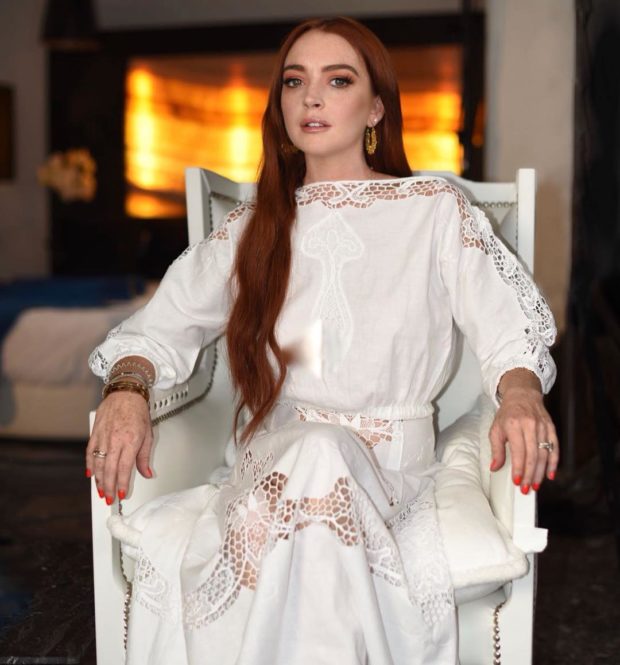 Lindsay Lohan made headlines once more as she ventured on what was supposed to be a rescue operation for an unnamed Syrian family she saw in the street.

She shared via Instagram Live last Friday, Sept. 28, the details of the incident, which ended with her being punched by the children’s mother.

Apparently, upon seeing the family’s condition, Lohan offered to take care of the children. However, the parents refused and walked away from her. But their refusal was not accepted by Lohan. She went after the family and then accused the parents of trafficking their own children.

“Look what’s happening, they’re trafficking children. I won’t leave until I take you,” she said. “This is not Arab… you’re ruining Arabic culture by doing this.”

She went as far as to talk to them in what sounds like Arabic accent and mutter incomprehensible Arabic phrases. Still, that wasn’t enough to stop the family from escaping her presence.

She then remarked: “You’re taking these children, they want to go. I’m with you boys, don’t worry, the whole world is seeing this right now.”

Lohan continued to follow them. When she tried to take the hand of one of the couple’s children, the mother, who seemed to have had enough of her, proceeded to punch her in the face. Lohan was seen in the end of the video crying, saying she was only trying to save the Syrian children.

Needless to say, netizens were not amused by the incident. They re-uploaded Lohan’s Instagram Live post, wondering what compelled Lohan to do such actions.

what is happening… lindsay lohan tried to kidnap two refugee children because she thought the mom was trafficking her children she then was punched by the mother wow… pic.twitter.com/WYvchUqVNh

Others lauded the mother for striking Lohan’s face and protecting her children, saying the actress was in the wrong for accusing the parents of trafficking their own children.

This poor family. Welcome to western civilization….drunk/high crazy woman trying to steal your children while filming it & talking gibberish. I’m proud of the mom protecting her boys. That poor woman had no idea who she was. Geez….what a week!

Here is my problem.. unless they are dragging the kids or they look terrified or yelling for help how do you know they’re being trafficked? You don’t.. and you certainly don’t mess with a mama bear

One netizen, Kaleena (@ShutUpKaleena), tried to rationalize the actions of Lohan by citing her previous mental health issues and substance abuse.

It’s easy to laugh at the Lindsay Lohan story right now but please remember that this was likely stemmed from mental illness and/or substance abuse. Neither of those things are a joke, nor are they easy to deal with – especially in the public eye.

“Neither of those things are a joke, nor are they easy to deal with – especially in the public eye,” the netizen said.

Lohan has yet to comment or issue a statement on the incident, as of this writing. JB