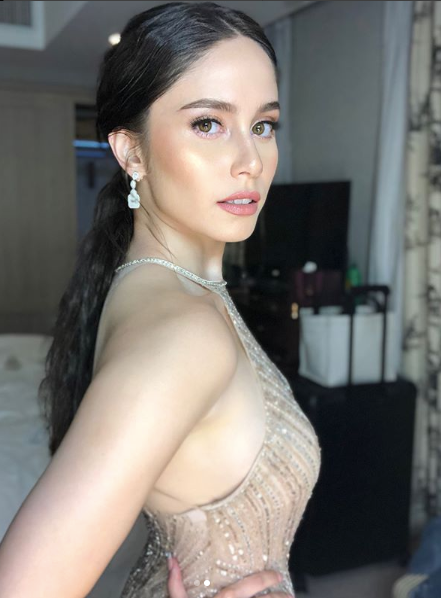 “Extra Service” actress Jessy Mendiola may be confident in flaunting her sexy figure, but she is setting the record straight that her body is hers. Thus, she called out a behavior that she finds uncomfortable.

She shared this message on her Instagram Stories last night, Oct. 21: “Hello male friends. Next time you ask for a picture, please do not touch my waist without my permission. It’s inappropriate.”

Mendiola did not name anyone, but perhaps the behavior has bothered her enough times for her to make such a request.

This is not the first time a public personality has been concerned about being touched without consent. A year ago, volleyball player Denden Lazaro responded to accusations that she was a snob when she refused a fan from holding her shoulder.

“There are certain situations that make a person feel uncomfortable like when random people invade one’s personal space,” she explained. “To me personal space is something I highly value.”

In Hollywood, a bishop caused a stir when he was seen holding on tightly to singer Ariana Grande, particularly on the side of her breast, during Aretha Franklin’s funeral.

Male celebs too have had to face overeager fans, such as Nam Joo-hyuk who appeared uncomfortable as Filipino fans hugged and touched him at a meet-and-greet despite instructions not to do so.

While celebrities go out of their way to accommodate requests for a picture, it should not be forgotten that they deserve to be respected. JB