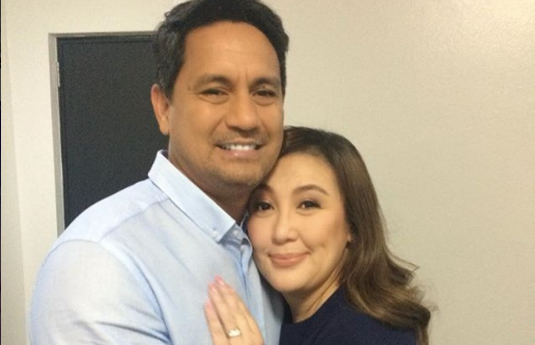 Megastar Sharon Cuneta only has words of praise for former flame and close friend Richard Gomez during her stay in Ormoc City in Leyte recently, for their taping.

Cuneta took to social media where she shared to her fans about her experience in the city, finding herself amazed of the work Gomez has done.

Gomez first assumed office as Ormoc mayor back in 2016. Despite only serving for two years as mayor to date, Gomez appears to have already done such a fantastic job in Cuneta’s estimation.

“I have already adjusted somewhat to this new city that I have come to for the very first time in my life. I have to really say that mayor Richard Gomez has done a fantastic job here in Ormoc, I’m still speechless up to now,” Cuneta told her fans in a series of Instagram videos she shared last Saturday, Oct. 20.

Cuneta commended Gomez for his State of the City Address (SOCA) over the weekend, which was held at Ormoc Superdome.

“When he made that SOCA in superdome and presented how much Ormoc has developed and become better. My god I had no idea this used to be like a drug capital here,” the megastar told her fans. “Lucy was telling me all of that… I was so shocked and Richard, when he took on this I didn’t realize he was taking on a job that would make him risk his life and even his family’s.”

Cuneta also clarified that she wasn’t just trying to butter Gomez up because they were friends: “I’m not just saying this becuase I know Richard forever and he’s my friend and my leading man, but he just turned Ormoc into a city that is so now-desirable to visit and that didn’t used to be the case.”

It has been 15 years since Cuneta and Gomez have done a movie together, and their upcoming reunion movie, “Three Words to Forever” with Kathryn Bernardo, definitely made Cuneta all the more reminiscent. The movie is directed by Cathy Garcia-Molina and is slated to open in theaters this November.

“As people, we have really matured and grown up,” she added. “Fifteen years ago when we made our last movie together, I had no inkling at all that he could handle such a… No, I knew Richard could, you know, when he would focus on something he would really get something done.”

“It’s just, I am in awe of him. The Torres family, I think they’re the ones who are originally from here. Naturally they helped him, but it’s just nakaka-proud that this is what Ormoc is like now,” Cuneta said. “I’ve adjusted here and I love it.” JB

Sharon Cuneta empathizes with Kris Aquino, furious at person who financially abused her