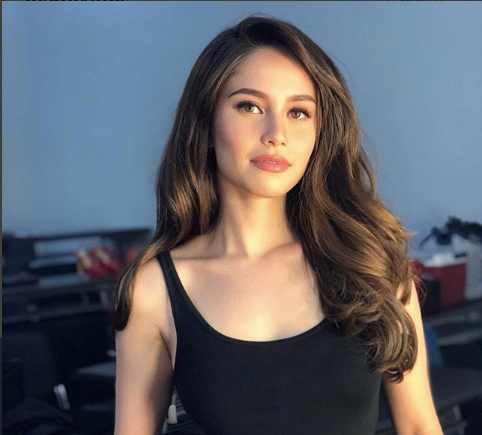 Now that Jessy Mendiola is slimmer, she will not let anyone ruin how happy she feels about her body.

The Kapamilya actress proved time and time again that she is not afraid to clap back at netizens who always have something to say about her physique. Just five days ago in Instagram, she encountered another scenario where she had to again defend her body.

Mendiola first posted one photo, where she looked visibly healthy and exuding a glow from within.

While most fans thought the actress was stunning, a certain @hannahbebe28 disagreed and said, “Hala mas maganda sya dati.” (Oh, she was more beautiful then.)

Wanting to know what the commenter meant, another netizen named @imheartsanchez asked: “What do you mean?” To which @hannahbebe28 replied: “parang super payat nya na now. Mas maganda siya dati kagigil. Stressed ata.” (She seems too thin now. She was more gorgeous before. Maybe she’s stressed.)

(Well it’s her goal to lose weight since she was chubby before, and maybe you’re just not used to seeing her slimmer.)

It also appeared that @hannahbebe28 may have only been expressing concern towards the actress, further saying that it was only recently when she started using the photo and video-sharing app again. 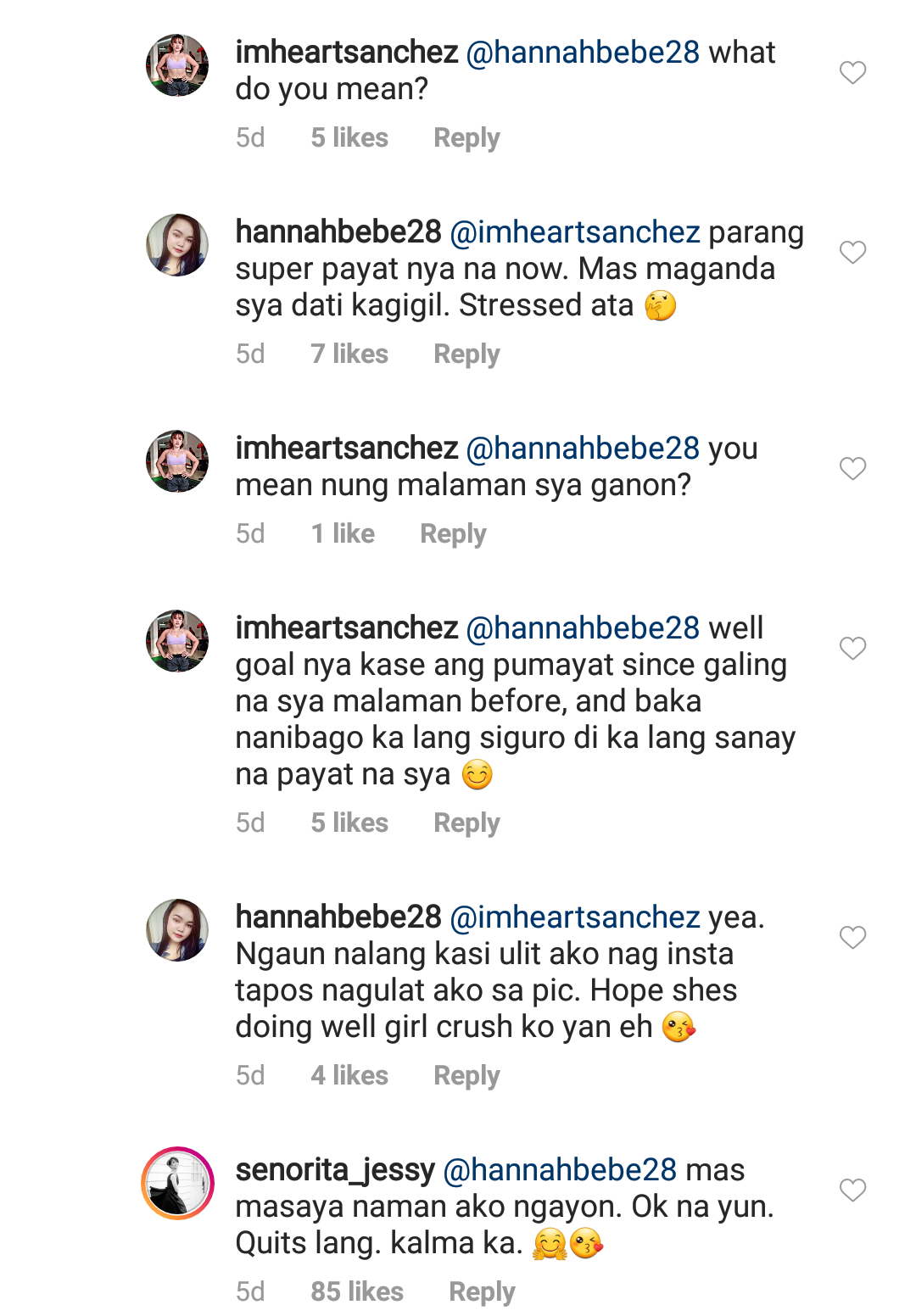 Jessy Mendiola involved in road accident, thankful for being safe