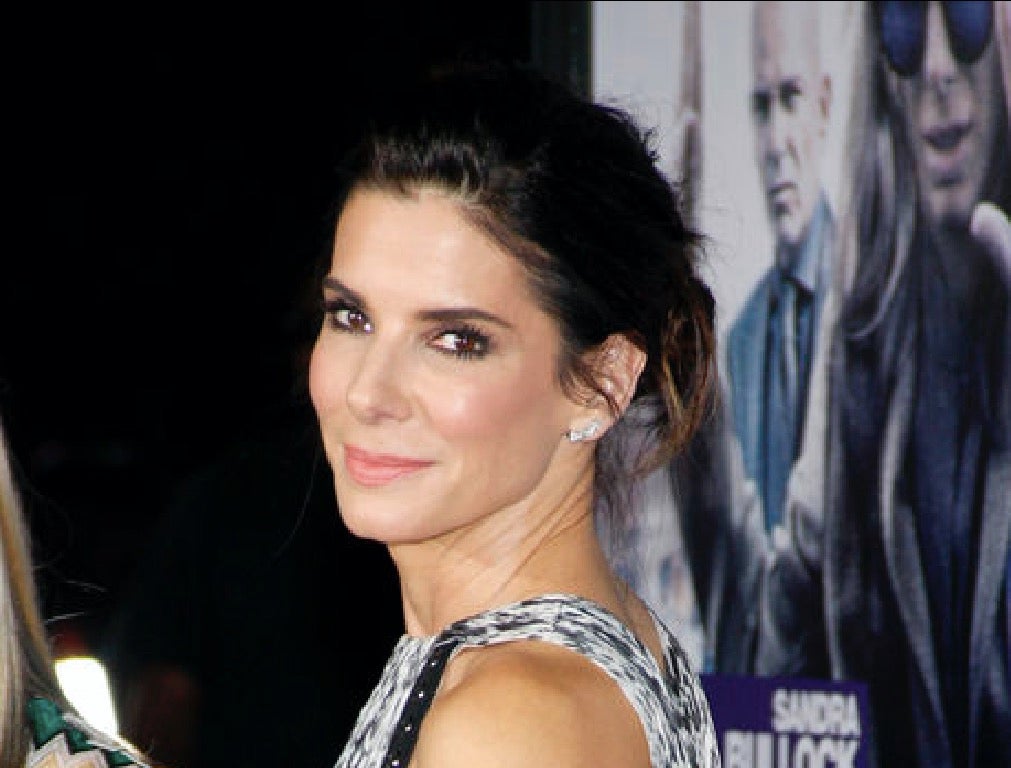 Sandra Bullock may have had some tough times recently, but it didn’t stop her from honoring Sarah Paulson at the “Elle Women in Hollywood 2018” celebration.

Bullock stood on stage at the Oct. 15 event to give a speech for Paulson. She opened it up by saying how she wanted to make a nice speech on what she likes about Paulson but changed her mind because she’s had “a crappy few weeks,” according to a report on MSN.

“It’s been a crappy few weeks. My dad died, both of my dogs died,” announced Bullock.

The Oscar-winning actress recently lost her father John W. Bullock, who passed away on Sept. 18 at age 93. It was unclear when her two rescue dogs Ruby and Poppy died within those few weeks she mentioned

Nonetheless, Bullock still delivered a witty speech that only she can pull off to honor friend and Ocean’s 8 co-star Paulson.

“I don’t like that her and Holland’s joy for life and each other reminds me that I need to be a better girlfriend,” Bullock joked. “I don’t like that she’s the kind of person that after a long day of flying and fittings will sit in your hotel room after you believe she has nowhere else to go, when in fact she is fully aware that you’ve been stood up, and she doesn’t want you to be alone.”

She continued, “Just like I didn’t like the dozens upon dozens of roses with little white poppies intermingled in them, mere hours after I put my dog to sleep, whose name happens to be Poppy. So if that is the type of person you want for your icon, then I think you have chosen well.”

Bullock also referred to a recent article she read that “one of the best things” women can do for their health was to nurture their relationships with their girlfriends. Alfred Bayle/JB

Read Next
‘Annabelle 3’ recruits Vera Farmiga, Patrick Wilson of ‘The Conjuring’
EDITORS' PICK
Why Tagle is a leading papal contender
Powered by style, innovation and passion
KWF has no power to ban, censor written works – Lagman
A laptop that maximizes your WiFi so you can maximize your productivity
House energy committee chair Arroyo bats for cheap electricity
In Borongan, nuns play hoops (not mahjong)
MOST READ
Why Tagle is a leading papal contender
Arjo Atayde reveals proposal to Maine Mendoza was ‘more than a year’ in the making
My neighbor FVR: From soldier to president
Zubiri on SRA mess: Shameful, disgusting
Don't miss out on the latest news and information.