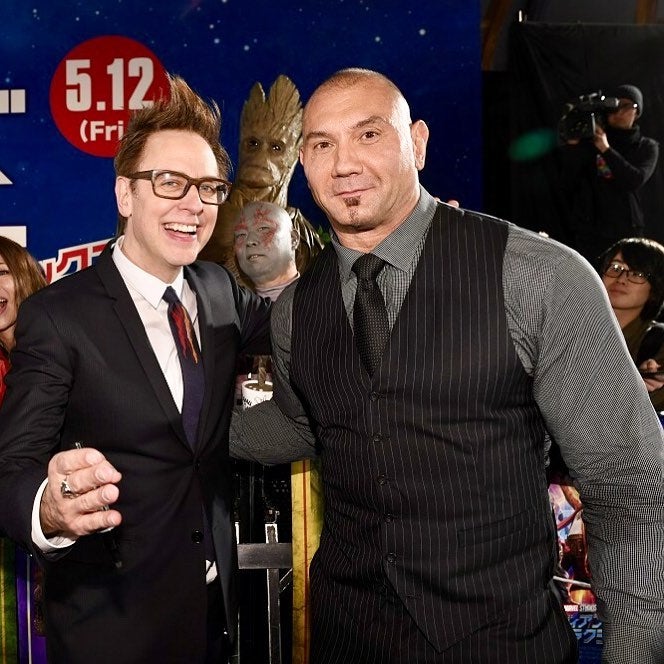 Dave Bautista didn’t think twice in showing his support for friend and former “Guardians of the Galaxy” director James Gunn.

The actor supported Gunn so much so that he’d be willing to sign up for “Suicide Squad 2” in the DC movie universe just to work with the director again.

“Where do I sign up!” tweeted Bautista on Oct. 10 when he shared an article by Deadline on the possibility of Gunn getting hired to write and even direct the upcoming movie. 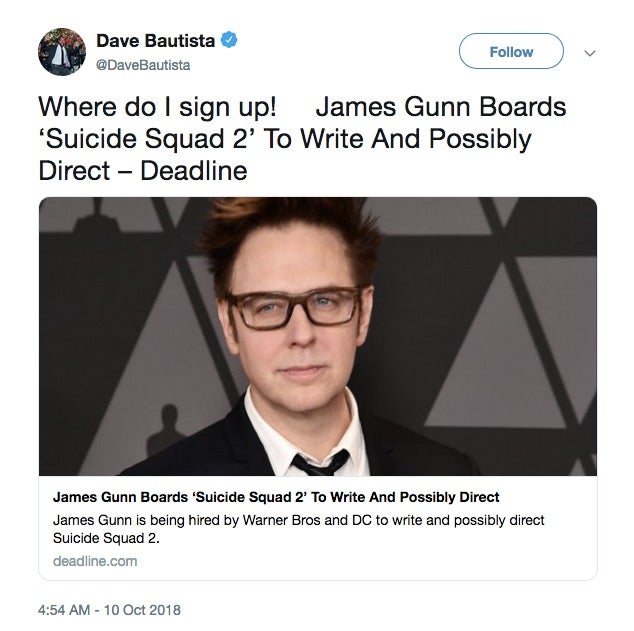 Gunn’s possible hiring by Warner Bros. was first reported by The Wrap. The Hollywood Reporter later updated the story, stating that Gunn had already closed a deal to write the script for “Suicide Squad 2” but that discussions on him taking the director’s chair were still ongoing.

The director was taken off Disney’s third installment for the “Guardians of the Galaxy” franchise after online critics found years-old tweets in which he joked about rape and pedophilia. Gunn apologized for the old tweets and lamented that he was a very different person back then.

Bautista and the rest of the “Guardians” cast stood by Gunn and insisted that the man they worked with on the set was a far cry from the man who wrote the offensive tweets.

The cast wrote in an open letter, which they all signed and shared on social media, on July 31 that “the character he (Gunn) has shown in the wake of his firing is consistent with the man he was every day on set, and his apology, now and from years ago when first addressing these remarks, we believe is from the heart, a heart we all know, trust, and love.”  Alfred Bayle /ra 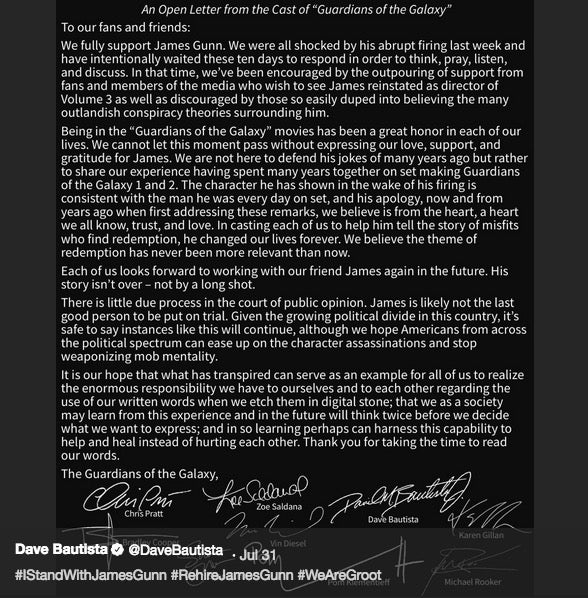 Mark Hamill could make an appearance in ‘Guardians of the Galaxy Vol. 3’