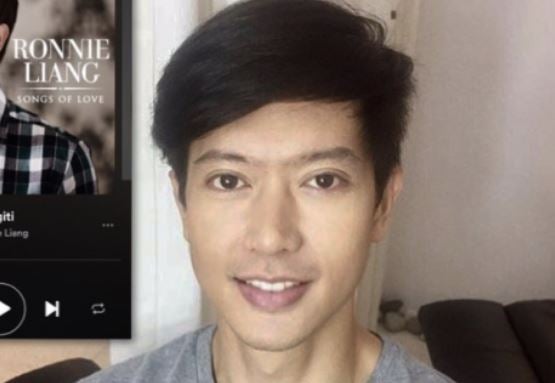 Singer-actor Ronnie Liang is safe and sound after being involved in a road accident along the Subic-Clark-Tarlac Expressway (SCTEX) last Sept. 29, Saturday. Liang was able to capture the incident with a dashboard camera.

Liang shared the video on Instagram on Oct. 1. In the video, Ronnie and a companion were driving down the expressway at night when they were startled after a heavy object, what appeared to be a wheel, hit their car. They then skidded to a halt on the side of the expressway to assess the situation.

“Thank God we are safe,” Liang wrote. “Met an accident in SCTEX Concepcion, Tarlac on our way back to Manila from Nueva Ecija.”

As they stopped their vehicle on the side of the expressway, someone in an exasperated tone can be heard saying, “Yung gulong nasa ilalim. I-a-atras ko. Yung gulong nasa gitna.” Their car apparently ran over the truck’s wheel and appeared to be stuck under their vehicle.

Liang, via PEP on Oct. 2, shared that he and his brother, Rodolfo, were driving behind a 16-wheeler truck then. As they swerved to overtake, two of the truck’s back wheels exploded and came undone. Their car ran over the wheels which caused their vehicle to skid and slide on the asphalt.

Meanwhile, on his Instagram post, Liang reminded truck drivers and operators to change their wheels if these are already blunt.

Liang’s being cautious on the road may have come from an experience back in 2010 when he was involved in another car accident, this time in El Nido, Palawan.

Liang shared then that he was on the island for a show when they figured in a car accident. It was a miraculous event for Liang, as he shared that just before the car crashed, he saw two guys in white by the car window and windshield.

“They disappeared after the crash, from which I came out unscathed—without a scratch,” Liang said then. “I’ve always believed that those were angels.”

It seems Liang can always count on his angels to keep him safe.  /ra