A seemingly cursed condominium unit previously occupied by a murdered drug peddler. Furtive little entities that cling onto the unsuspecting and lure children into their “world.” Furniture shifting places and car doors locking—by themselves. Falling asleep, feeling like you’re sinking into your bed. Waking up to see a silhouette of a faceless woman standing right before you.

Though these may read like starting points or synopses of mainstream Christmas horror flicks, such phenomena are, in fact, culled from personal experiences of different show biz personalities, who may have unwittingly and unwillingly starred in one—or perhaps two.

In this Halloween forum, the Inquirer Entertainment staff interviewed celebrities who believe in the supernatural. And the stories they tell could very well provide enough material for another installment of “Shake, Rattle & Roll.” 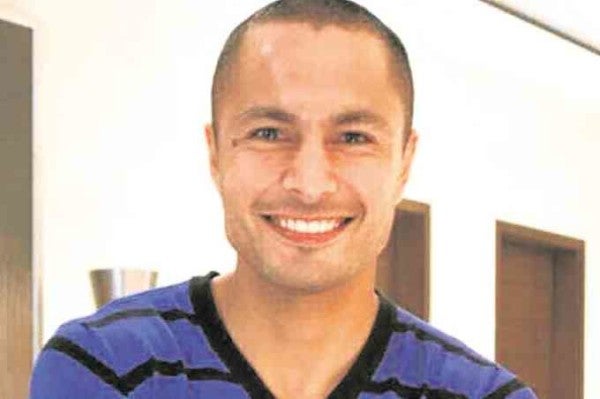 This happened many years ago. Every so often, we would hear people swimming in the pool at our house in Antipolo, but no one would actually be there. The place was haunted. Even our dog, who could swim, drowned in the pool and died. We were clueless as to what’s the story behind it. We ended up moving out.

I believe in the supernatural. Many years ago, on my first Christmas Eve without my father who had passed away, I was left behind at my parents’ house, while everyone else attended Mass, because I wasn’t feeling well.

I kept hearing the doors of the cars in the garage being shut closed. The sound was loud. I heard the door locks clicking—I knew that was my father. My family would often forget to lock our cars, and it always bugged Papa. I wasn’t scared; I thanked him for locking the car doors. I’m sure my father was aware that he was already dead, but was still looking after us.

When my siblings returned home, I admonished them for leaving the car doors unlocked, and told them of what Papa did. From then on they never forgot, and I guess it was also Papa’s sign that he could finally move on. 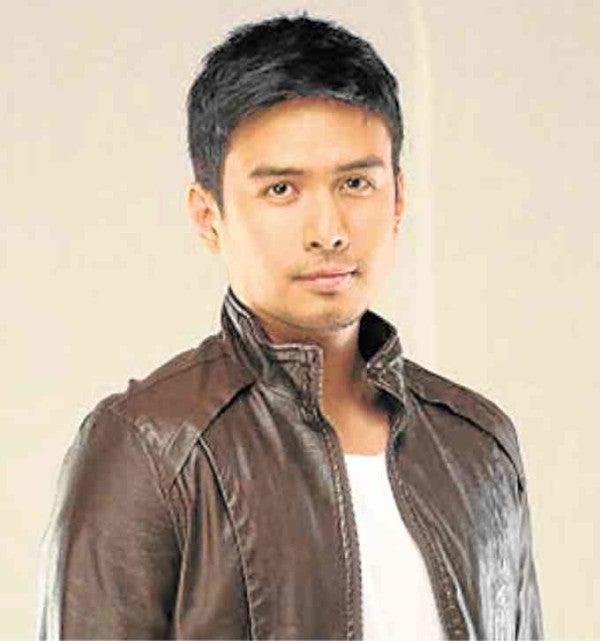 This is perhaps the closest I got to experiencing something supernatural: After a concert in Indonesia, I went back to the hotel to get some rest. As I fell asleep, I felt my bed sink, as if there was something heavy weighing it down. Soon after, I couldn’t move or speak. I tried to pray out loud, but I couldn’t. After a few minutes, I broke free, and was able to finally pray. Some say it was bangungot; others say it was paralysis. 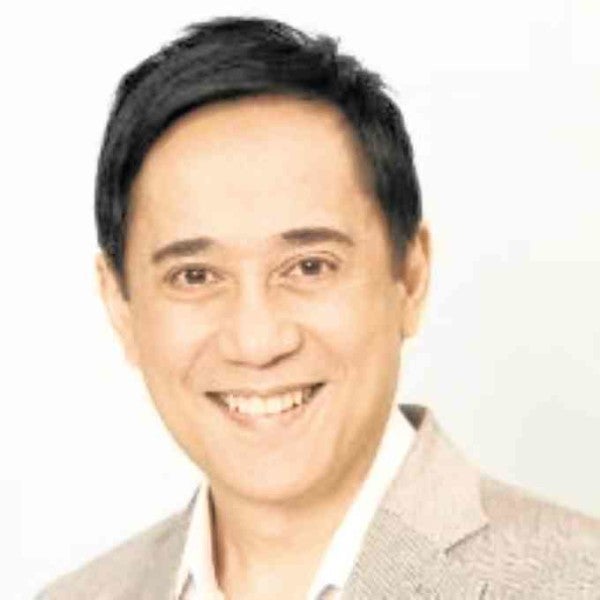 I do believe in the supernatural, but based on Biblical truth. Christians don’t believe in ghosts; the Word of God says that, when one dies, he will continue to sleep until the Second Coming of the Lord. Scripture gives many accounts of demonic activity, and this is what I believe happens.

I’ve had a few experiences in which I would wake up in the middle of the night sensing oppression from them. But by the power of the Holy Spirit, I’ve been able to easily cast them out. 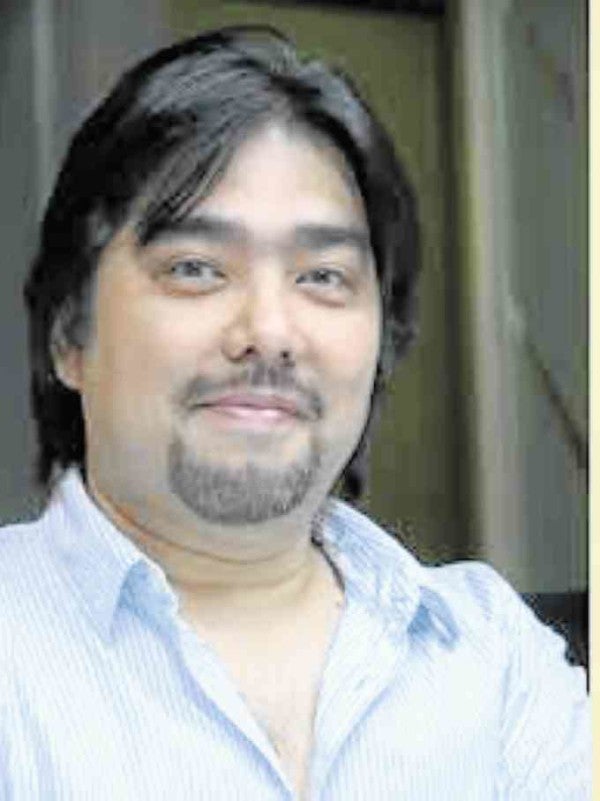 My daughter Bianca was only 4 years old when she began seeing what she described were “little dark people” at school. We enrolled her in a learning center that promoted an out-of-the-classroom setup. The kids would spend a lot of time running around the garden or playing under the school’s balete tree.

For a month, going to school excited her. But later on, we noticed that she would make up all sorts of excuses not to leave home. When we spoke with her about it, she said the little black people would often invite her to their world, at the back of the balete tree. She was afraid to go with them, because they might not allow her to go back home anymore.

The teacher once asked us whether we were strict with Bianca when it came to her wearing shoes or slippers the right way, because the child would always make her check hers before stepping out to the garden. Bianca later told her the reason: “Mayroon kasing magagalit.” Bianca also told her that “they” would slap her feet if she wore her shoes the wrong way.

We later asked why she kept all these from her teacher. Her answer made us feel even more frightened: Bianca said she couldn’t speak about the creatures because they often cling onto her teacher.

We eventually pulled her out of that school. We told the teacher why, and her response was on point: These creatures may not be seen by most people, but this doesn’t mean they don’t exist.

A year later, Bianca claimed she has no memory of the incident. Now, all grown up, Bianca said all she could remember were the times she was happily playing in the garden.

[In another instance,] there were a lot of spooky stories that happened in the townhouse we rented in San Juan many years ago.

It was located at a peculiar spot inside the subdivision and its back was against the driveway which, in feng shui beliefs, could mean bad luck. It also had a basement, where much of the terrifying activities took place.

My youngest daughter, Alexa, was only 6 or 7 months old when we she started behaving oddly. Every night, for a week, she would wake up at 11 p.m. and cry nonstop. When I tried to put her back to sleep, she would peek over her shoulders, as if she was afraid of something.

I got so angry one night that I screamed to no one in particular: “Patulugin n’yo naman siya!” There were also times when, while lying down, she would giggle like there was someone there playing with her, tickling her. I would look at her eyes and see that they were focusing on “something” that only she could see.

The experiences of the adults in the house, on the other hand, were more violent. The housemaid got clawed. The driver heard scratching sounds under his bed.

In the bathroom close to the basement, he claimed to have once seen a black figure standing in the dark.

Whatever that was at the basement always got angry whenever people moved things in there. My sister once got some old magazines. The next day, we discovered a huge mess, as if all the stuff were thrown in an angry fit. Here’s the clincher: We were able to talk with the previous tenants of the townhouse and learned that what happened to them was worse. In the hallway on the second floor, they saw an old chair moving on its own—as if it was being pulled! This incident forced them to leave the house in the middle of the night and stay at their parents’.

I had a night of fitful sleep prior to my first ocular in Batanes, for my horror movie, “Dementia.” I woke up in the middle of the night, feeling restless. Months later, Chynna Ortaleza told me that she, too, had felt “something.” Comparing our experiences, we found out that we stayed at the same place, in almost the same spot!

I do get chills every so often, and you just know that there is something or someone around you. But I don’t want to see anything—I’m too afraid. I say a silent prayer and choose to think it’s just my father, who passed away five years ago, making his presence felt. 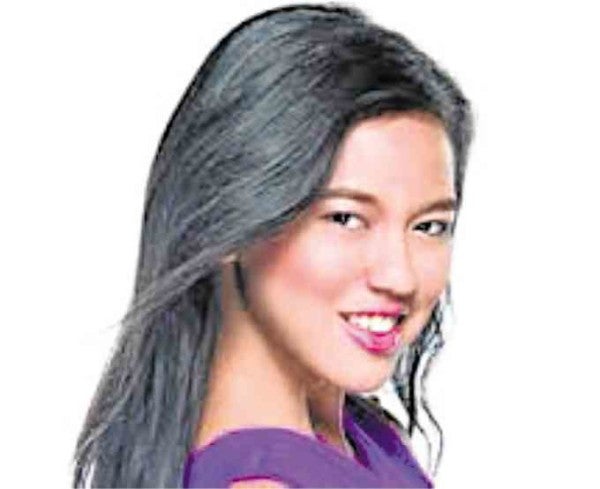 I would often experience bangungot. In the dream, there would always be this dark figure lurking. I wanted to better understand what I was experiencing, so I did some research. I discovered that it is scientifically called sleep paralysis. When you’re experiencing one, it’s said that you’re in between the real and spiritual worlds.

In one terrifying episode, I remember forcing myself to wake up from a dream and going to my mom’s room, because I was feeling scared. I would fall asleep at my mom’s and wake up in my room again. This happened three times, until I finally woke up, for real, in my own bed. I guess it was my spirit attempting to do what my body couldn’t. 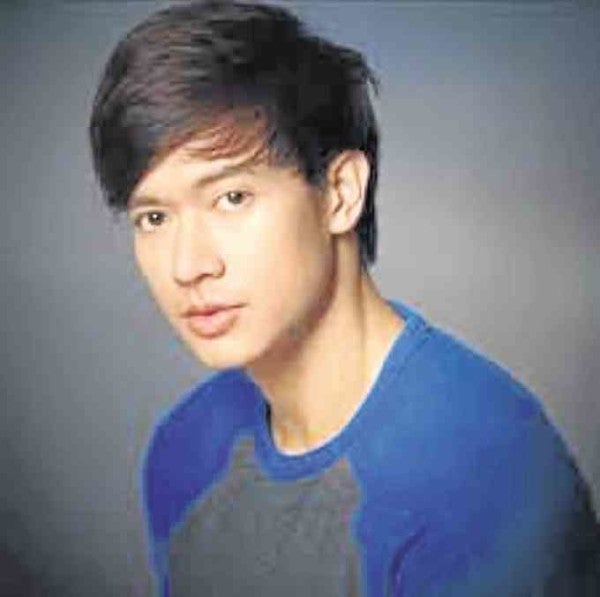 Yes, I believe in supernatural things—in spirits, in particular, whether good or bad.

One time, while I was in bed sleeping, I was suddenly awakened in the middle of the night, and saw a white lady. She was standing near the foot of my bed. She had long black hair, but had no face. Then, after a few seconds, she was gone. I immediately prayed.

In 2010, I went to El Nido, Palawan, for a show—and figured in a car accident! Just as our car was about to crash, I saw two guys, who wore white and were shiny. One of them was in front of the windshield; the other by the car’s right-side window. They disappeared after the crash, from which I came out unscathed—without a scratch.

I’ve always believed that those were angels.

(To be continued Monday, October 31)