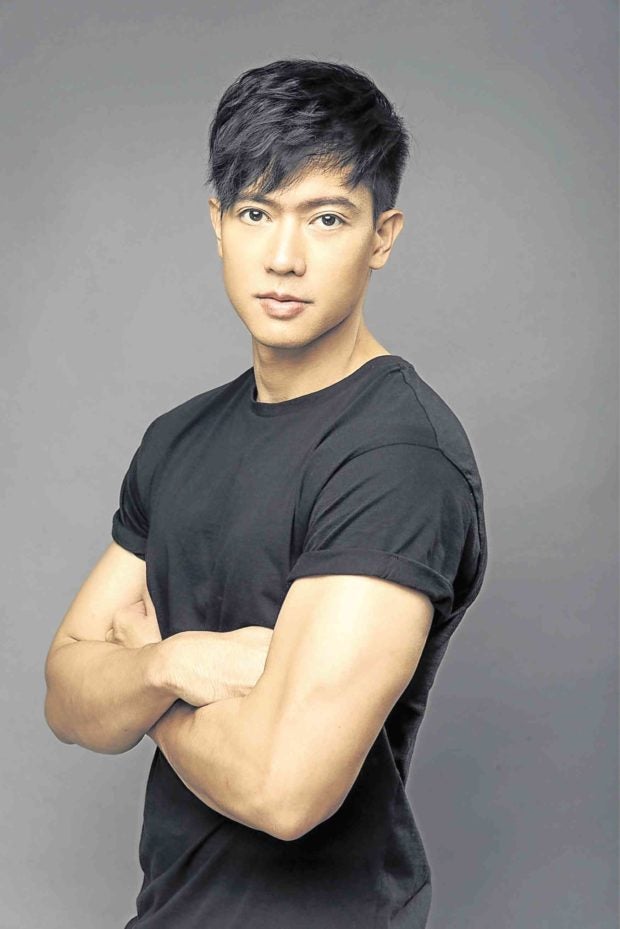 In the 300 or so auditions and go-sees Ronnie Liang underwent as an aspiring singer-actor, it was rejection, more often than not, that he took with him home. It was demoralizing. But, with his late mother’s unwavering love and support, he was able to muster enough strength to always go for one more.

As Ronnie celebrates his 12th anniversary in show biz with a solo concert later this year, it was only fitting for him, he said, to pay tribute to one of the people who helped him become who he is today—his mom.

“I plan to dedicate [to my mom] the songs, ‘Beginning Today’ and ‘Salamat Sa ’Yo, Ina,’ which I and my colleagues composed during our time in ‘Pinoy Dream Academy.’ I also sang the song during her wake. She had been my inspiration through the years. In all those auditions I went through, I was thinking of her,” he told the Inquirer in a recent interview.

Ronnie, who grew up without much, had to juggle multiple jobs when he was young to help his family make ends meet—he was a water delivery boy, did a bit of modeling on the side, hawked cosmetic products and worked at fast food chains and a video-rental store. Still, the family got evicted.

Now, Ronnie owns homes both here and in the United States. “This is the reason why I prioritized having a house when I finally made it in the industry,” said Ronnie, whose mom died last year due to “pneumonia, sepsis and multiple organ failure.”

He would have loved to fulfill more of his mother’s dream and give her a better life. “I prayed, Lord, huwag niyo muna siyang kunin. I still have a lot to do for her,” recalled Ronnie, who misses his mother dearly to this day.

“She stayed in Pampanga, while my work is in Manila. So, we usually talked only over the phone,” he said. “She would call me whenever she sees my music videos on television, or hears my songs on the radio. I miss that.”

His upcoming show, which is set sometime in October, will likewise have Ronnie retracing his 12-year journey through music. “I will do songs that have become part of my life—songs that I used to perform in contests, songs that resonated with me during my life’s many ups and downs,” said Ronnie, who recently released an EP that’s also titled “12.”

“The setlist will be mostly ballads, but there will be contemporary hits, too. Maybe some dance music,” added Ronnie, who was also a finalist in the singing contest “Pinoy Pop Superstar.” “One of the more memorable songs is ‘You Raise Me Up’ by Josh Groban. I will not forget the ‘Pinoy Dream’ judges telling me then that they felt me performing it.”

Of course, there’s the ballad “Ngiti,” which remains his definitive single. According to Ronnie, his dream moving forward is to score another hit song. He also hopes to land more roles on television.

But if not, no hard feelings. As someone who started at the bottom, Ronnie has learned to appreciate all the blessings that come his way. “I used to have nothing, so I don’t take anything for granted,” the 33-year-old artist said. “Things are much better now than the time when I barely had fare money to go to auditions.”