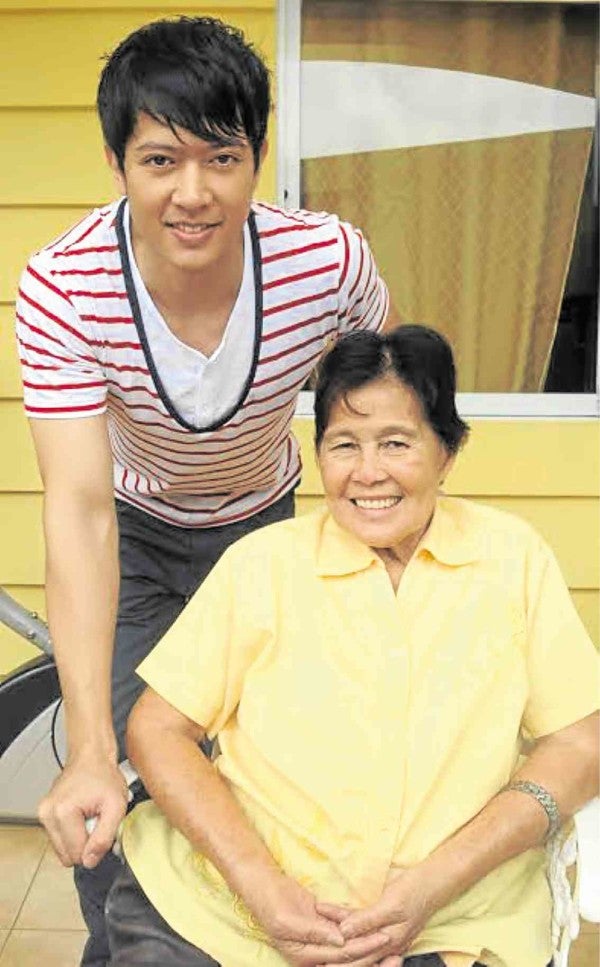 Singer-actor Ronnie Liang is not ashamed to admit that he is a mama’s boy.

Quite expectedly, he was inconsolable when his mother Adelina passed away last Feb. 26.

Ronnie, who was in Manila at the time, had to rush to a hospital in their hometown in Angeles, Pampanga, and watched with sadness while doctors tried to revive his mom, who had been suffering from pneumonia. “Everything was so sudden. She had just called me two days before and asked if I already had lunch and if I needed the laundry picked up. She told me that she had just seen my music video on TV.”

Whenever he went home to Pampanga, his mom would whip up a feast for him. “She would cook my favorite dishes: sinigang, suam na mais and monggo soup.”

She was caring and loving, says Ronnie, who is the youngest of seven siblings.

“My mom was the best. She endured all of life’s hardships without a single complaint,” he relates. “Even though she had gout, she took care of us. She was selfless. She was very particular about cleaning our house.”

When he was a kid, Ronnie recalls, he caught his mom quietly praying and crying in her room after their landlord served them an eviction notice for nonpayment of rent.

The incident strengthened his resolve to “build a house” for his family someday. “That’s exactly what I did when I got my first paycheck in show biz.”

Throughout his journey in show business, his mom served as the sail and anchor of his ship—keeping him grounded, while pushing him to keep moving forward.

“My audition piece in ‘Pinoy Dream Academy’ was ‘You Raise Me Up,’ one of her favorite songs,” he shares with the Inquirer. “I believe she was one of the reasons I got in.”

Ronnie was among the runners-up in the talent tilt’s first season, which was topped by Yeng Constantino in 2006.

These days, he sometimes worries about his dad Rogelio. “I can feel his longing for his wife. He misses her.”

Dad Rogelio is a man of few words, but Ronnie is encouraging him to open up. “It helps a lot.”

Ronnie confesses that coping hasn’t been easy for the entire clan. “Even though I’m in the process of healing, I have to move on. But I can’t help thinking of her, especially when I hear her favorite songs.”

The Viva artist recently recorded a cover of the song, “Iingatan Ka,” and released it online as a tribute to his mom.

In his shows, he usually dedicates the song “Salamat sa Iyo, Ina,” an original composition from his Academy days, to her.

His mom appeared as one of the talents in his old music video, “Beginning Today.” “I would watch the video whenever I missed her. I would also look at my childhood photos with her.”

Ronnie now keeps a notebook, where he jots down all his good memories with his parents.

Today, his first Mother’s Day without his mom, would be surely “different.” “I usually go home and celebrate with the family. This time, I will sing for other mothers, for a free concert today, 3 p.m., at Star Mall Alabang.”

The show is in honor of Ronnie’s mom and all the doting mothers in the world.

“My nanay had lived a good life. I know that she would always be happy and proud while watching and guiding us from heaven.”

Read Next
Raging against and embracing the dying of the light
EDITORS' PICK
EuroMillions Superdraw: A lottery draw unlike any other is coming to the Philippines
‘Justice will be done,’ Duterte assures as he vowed probe on Jolo incident to bare ‘truth’
Water remains our saving grace right now
Smart releases Hyun Bin’s second TVC
Current dominant strain of COVID-19 more infectious than original—study
DOLE: Return of OFWs’ remains from Saudi to be ‘delayed,’ deadline moved to ‘early next week’
MOST READ
Locsin warns of ‘severest response’ if China’s army drills in SCS ‘spill over’ to PH domain
Duterte tells military: No other president looked at you the way I did
BREAKING: Duterte signs anti-terror bill into law
Go apologizes for 5-on-5 game; PBA summons Japeth, ROS rookie
Don't miss out on the latest news and information.