Jake Cuenca apologizes after getting flak for his ‘Goyo’, rom-com remark 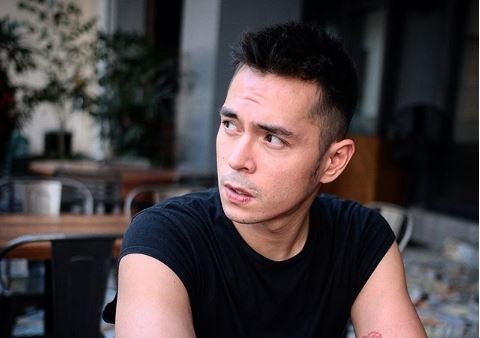 The much-awaited film “Goyo: Ang Batang Heneral” did not disappoint when it came to earning the praise and commendation of fans and actors. The film, which is the second installment of Jerrold Tarog’s Philippine hero trilogy, saw actor Paulo Avelino portray the titular character Gregorio “Goyo” del Pilar.

Actor Jake Cuenca, a good friend of Avelino, only had praises for “Goyo” as he took to Twitter recently to urge fellow Filipinos to go and see the film.

In his now-deleted tweet, Cuenca wrote, “#goyo is a treasure! As Filipinos, its [sic] our obligations to watch the film! It’s our heritage our history more than rom coms we need to watch this film to learn. It’s our local Lincoln!”

But many netizens weren’t happy about Cuenca’s remarks and criticized him for supposedly throwing shade at romantic comedy films. It’s known that along with “Goyo”, romantic drama film “The Hows of Us” starring the love team of Kathryn Bernardo and Daniel Padilla is also showing in theaters. The coincidence prompted some netizens to think that Cuenca was referring to “The Hows of Us” in his tweet, despite Cuenca not dropping any names.

“I can do both, Jake Cuenca,” wrote one netizen (@thysacredsin) on Twitter last Sept. 7. “I can f*cking do both. I can watch rom-com on its first day. I can watch a historical movie ALSO on its first day… Walang dapat o mas higit na suportahan kung parehas na local movie naman ay dekalibre at mahusay ang paggawa.” (There’s no film that should be supported more than the other if they’re both local movies and well-made.)

“Jake Cuenca [you] can promote other films without pulling down [the] other, [you] didn’t mention ‘The Hows of Us’ but it is obviously given,” a certain Daryl (@darylmico16) wrote on Twitter last Sept. 8. “Whether a film is romcom, horror, drama, historical, etc. At [the] end of the day it’s all Filipino made, but let’s also encourage people to level up their taste.”

Meanwhile, Cuenca has since taken to his own account on the same day to clear the air. He apologized for his initial tweet and admitted his wrong in comparing genres. He, too, clarified that he wasn’t referring to “The Hows of Us” when he wrote his tweet and commended said movie for also being a very good film in itself.

“I would like to apologize for my tweet. I wasn’t pertaining to another film #thou aside from #goyo,” explained Cuenca. “It was wrong of me to compare genres but I wasn’t comparing both films because both films are great. Just happy to have variety in the cinema and we should support them all. My bad.”

I would like to apologize for my tweet. I wasn’t pertaining to another film #thou aside from #goyo. It was wrong of me to compare genres but I wasn’t comparing both films because both films are great. Just happy to have variety in the cinema and we should support them all. My bad

It’s known that “The Hows of Us” earned a whopping P35 million on the first day of its showing last Aug. 29 and is now considered the biggest opening day sales of a local movie this 2018. The movie continues to make waves, with Star Cinema sharing on Instagram last Sept. 9 that the film has already earned about half a billion pesos, P505,672,777 respectively, as of that day.

Meanwhile, “Goyo” continues to gain traction on social media, thanks to viewers and fans who showed ardent support for the film. Tarog has since voiced on Twitter his gratitude to the supporters of the film and urged people to continue to be a part of the journey, as “stories of our past deserve to be told.” JB

Read Next
‘A Star Is Born’ mania sweeps over Toronto Film Festival
EDITORS' PICK
No arrests to be made on 1st day of allowed pillion riding for couples — HPG
WHO: Indoor airborne spread of coronavirus possible
Water remains our saving grace right now
Digital hunt for Hyun Bin: 5 challenges for Smartees
House panel set to meet for possible decision on ABS-CBN franchise bid
Motostrada expands by handing over ‘Trident’ and adding new ‘Horseman’ to its growing business
MOST READ
‘I will always speak up for you’: Server on defending Fil-Am family from racist rant
‘Nouveau’: Agot Isidro hits Jinkee Pacquaio’s show of luxury Hermes, Louis Vuitton bikes
Solon withdraws support for ABS-CBN franchise renewal
Ping Lacson: Duterte has no power to say who are terrorists
Follow @CCepedaINQ on Twitter
Don't miss out on the latest news and information.