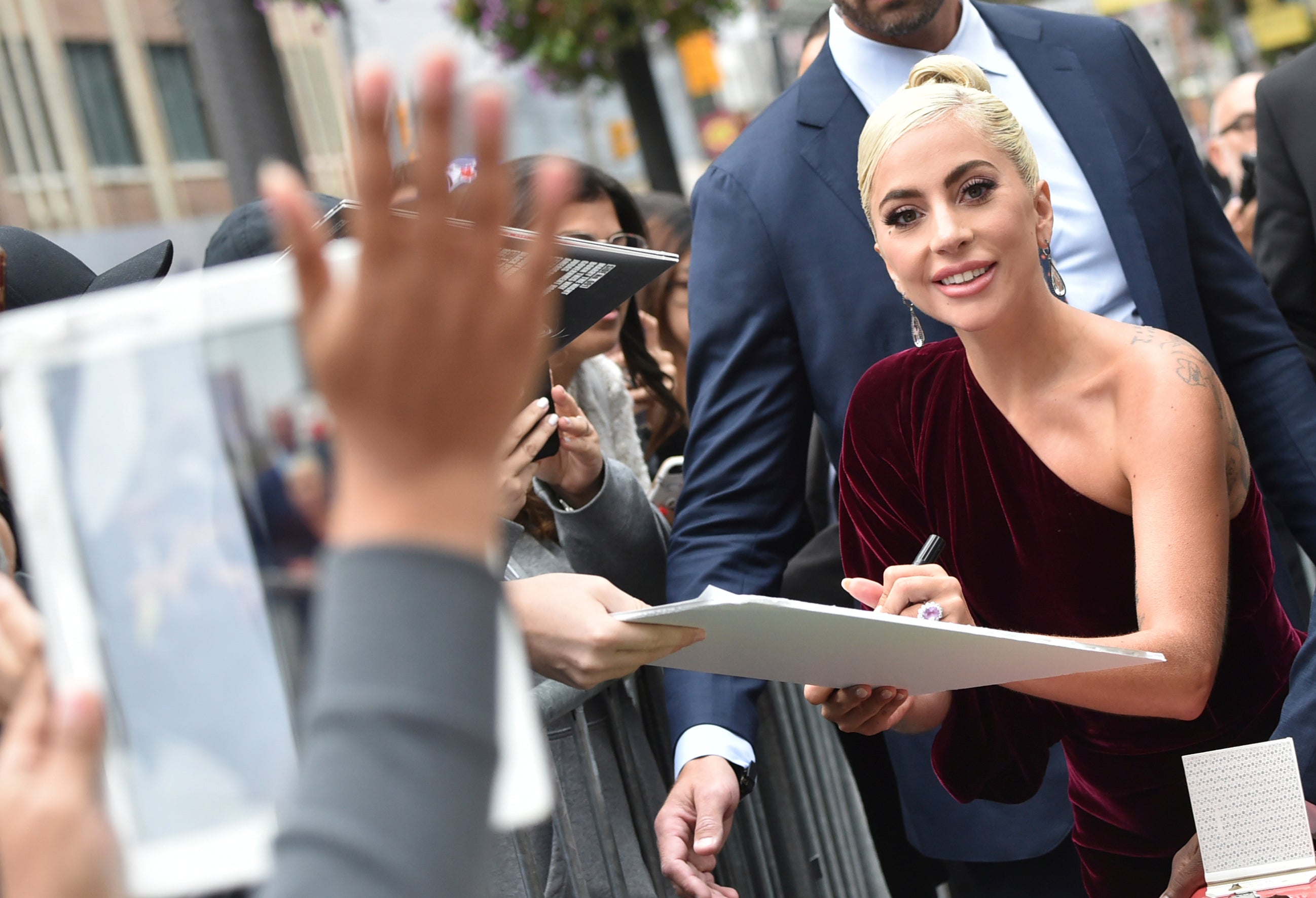 Lady Gaga signs autographs before the press conference for “A Star Is Born” on day 4 of the Toronto International Film Festival at the TIFF Bell Lightbox on Sunday, Sept. 9, 2018, in Toronto. (Invision/AP)

TORONTO — The response to Bradley Cooper’s romantic saga “A Star Is Born” has been intense. Critics have boasted of crying uncontrollably. Fans outside theaters have swooned for its star, Lady Gaga. Words like “glorious,” ”rapturous” and, of course, “gaga” are running rampant.

“Having been on the other side of it, when you do something that doesn’t do well, people tend to avoid you,” Cooper said in an interview alongside his co-star. “I don’t see people, like, going the other way as I’m walking down the street.”

Quite the contrary. Since making landfall at the Toronto International Film Festival, “A Star Is Born” has provoked the kind of mania rarely seen in even the feverish realm of a film festival. It’s been hailed as “a transcendent Hollywood movie” (per Variety) and “damned near perfect” (per Rolling Stone).

And it has predictably flown to the top of Oscar prediction lists in just about every category, including its original songs. It’s a breakthrough for Cooper, directing for the first time, and Gaga, who’s leading a movie for the first time.

“I have been trying not to read any reviews. But every once in a while, my friends will read over and go (shoving phone in face): ‘You have to see this!'” says Gaga. “But I have to say truly, I feel like an audience member now. Watching the film back, it really impacts me on a deep emotional level.”

And it seems to be impacting those in the audience similarly. Even its trailer, watched by millions on YouTube, has sparked a rare eagerness. Anthony Ramos, who plays a friend of Gaga’s character in the film, said he’s been constantly harangued about details making the film.

“It’s lighting in a bottle, man,” said Ramos. “From the moment I stepped on set, the way Bradley works and the way Stefani works, I was like, ‘This could be crazy.’ And sure enough, here we are and people are buggin’ out.”

Acclaim hasn’t been universal for “A Star Is Born,” which stars Cooper as the seasoned rock star Jackson Maine and Gaga as a struggling artist he falls in love with. Its sheer popularity is certain to engender the kinds of waves of backlash that are typical of any big cultural force parading through Oscar season.

Warner Bros. will release the film Oct. 5 and is planning a sizable awards campaign. It’s the third remake of the original 1937 film, following the 1954 version with Judy Garland and James Mason, and the more rocking 1976 version, with Barbra Streisand and Kris Kristofferson.

This remake was initially developed with Clint Eastwood directing and Beyonce potentially starring. Cooper first discussed the role with Eastwood, his “American Sniper” director, before ultimately taking the directing reins himself. In a gesture of encouragement, Eastwood visited the set the first day of shooting.

For Lady Gaga, the experience was transformational. She dyed her hair her natural color. She and Cooper performed songs live.

“There can be a 100 people in the room and 99 don’t believe in you, and just one does. And it can change everything,” Gaga said at the press conference. “I wouldn’t be here if Bradley didn’t believe me. My dad, and also Bradley.”