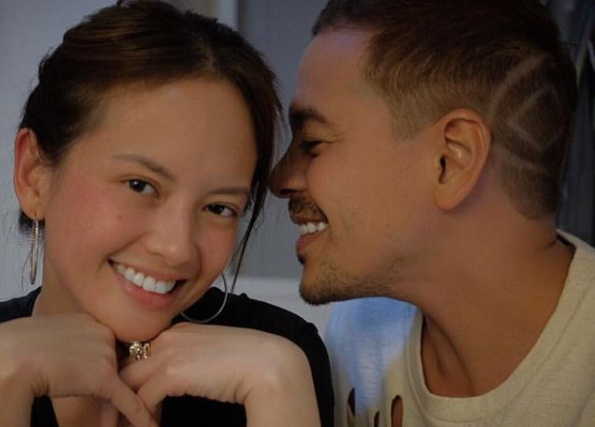 John Lloyd Cruz had been seen out and about without girlfriend Ellen Adarna, who has reportedly given birth, but he made sure he remains thoughful of her.

The actor, who is on leave from ABS-CBN, was spotted buying durian for his partner in a fruit stand in Pasig City on Monday. The stand did not miss the opportunity to take snaps of their famous customer, who was dressed in a white printed polo shirt and black pants.

“A sweet and handsome guy drop by at our store to buy fresh durian for Ms. Ellen Adarna,” Sandra’s Fruit Stand wrote in their Facebook post. It also read that Cruz even watched the vendors how to open the fruit.

On that same night, he and comedian Jun Sabayton had cravings for the Pinoy delicacy balut, as seen in one Instagram video.

This is the second week the actor was spotted in town. Last Aug. 23, he joined former Yano singer Dong Abay and veteran Ronnie Lazaro at a gig in a Quezon City bar.

While Cruz is enjoying his night out, his partner Adarna has been noticeably out of the public eye lately. Back in July, the actress-motel heiress’ lawyer, Rebo Saguisag, confirmed that she gave birth last June 27. This was made to validate Adarna’s several non-appearance in a child-abuse and cyberbullying cases filed against her.  /ra