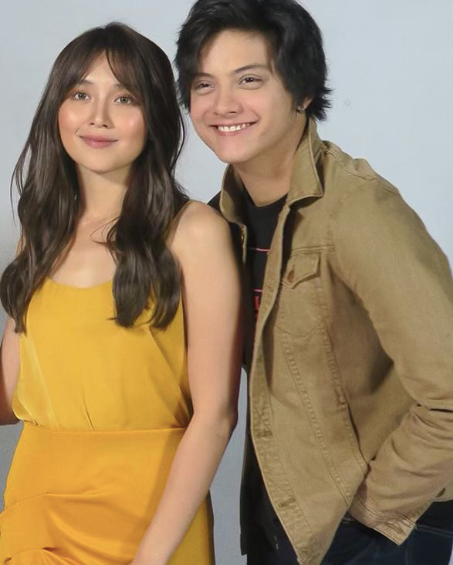 When it comes to kissing, Daniel Padilla and Kathryn Bernardo treat it as if they have a limited reserve—making the moment that much more precious when they finally do kiss for the camera.

KathNiel shared their first onscreen kiss in 2016’s “Barcelona: A Love Untold,” five years after they were first paired in the teen series “Growing Up.”

Last July, fans were thrilled when the two actors were caught in what seemed to be a candid kiss while filming for “The Hows of Us” in Amsterdam.

But Padilla denied that he kissed Bernardo in an interview on “Gandang Gabi Vice” on Sunday, Aug. 26.

“May mga faney dito; ba’t ko siya ikikiss (There were fans around; why would I kiss her)?”

He revealed, “Nakakatawa dito, inaamoy ko yung ilong niya (That was funny, I was sniffing her nose).”

When Vice probed further, he said, “Wala lang. Kasi pwede (No reason. Because I could).”

During the talk show, Padilla also confirmed a kissing scene in “The Hows of Us”—one that will be “sweet and passionate.”

And though he is fine with his girlfriend acting with other male leads, he would have to think about allowing them to kiss.

He said he was also open to performing with other actresses, but Bernardo would probably not allow him to have a kissing scene either.

The onscreen and offscreen couple finally admitted their relationship of over five years during a press conference last Aug. 22. During the talk show, Vice asked their secret to lasting long.

Padilla said he felt there was no secret. “Gusto kasi namin magtagal (We wanted to last).”  Niña V. Guno /ra