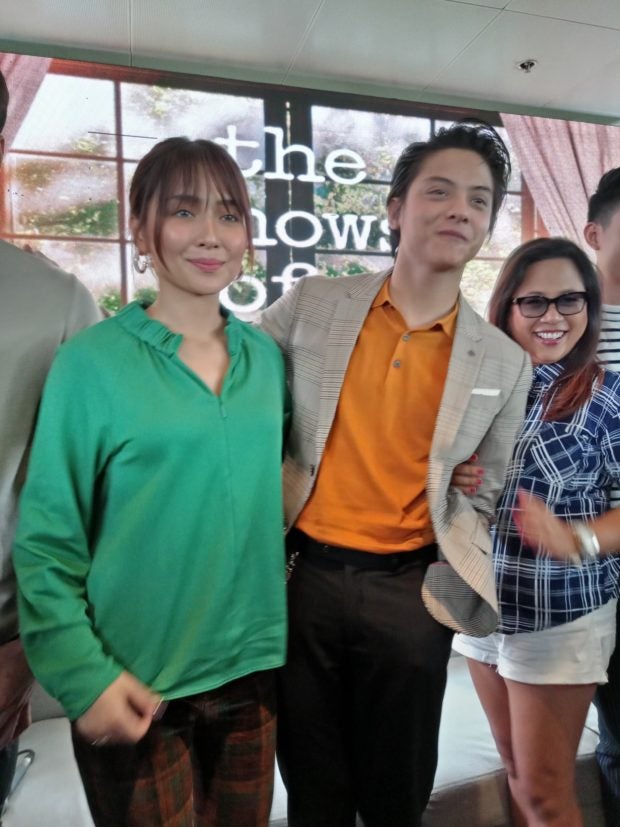 While they have been open about their special feelings for each other, Kapamilya premier love team Kathryn Bernardo and Daniel Padilla have kept the juicier details about their private lives under the sheets.

Now, they are bold enough to admit that their romantic relationship has been on for more than five years.

They started as a love team back in 2012. With over six years of being an on-screen item, they have actually been sharing sweet music together for almost the entire time as well.

Their revelation happened during the grand media launch of their upcoming movie “The Hows of Us” Wednesday.

When asked for how long they’ve actually been together, they took their time as if synching their answer.

The members of the entertainment press also noticed the maturity and seriousness with the way KathNiel answered questions about them.

This led the media to ask them if they are already envisioning ending up with each other in the future.

To everyone’s delight, the two said yes and even admitted that they have “seriously” been talking about a wedding and their plans for a married life ahead.

As to when he plans to get married, “‘Di pa natin alam. Depende kung kaya na pero ayoko ng late.”

(We don’t know. It depends if I can already, but I don’t want it late)

Just like any other serious couple, they have also been seriously talking about their wedding.

“Hindi biruan, seryoso (No joke, serious),” they even simultaneously exclaimed.

(We have been talking about that, the places we’ll visit, our house. The problem is that my dream wedding is different from his dream wedding.)

She wanted a beach wedding while he wanted a church wedding but with a little requirement. “Lahat ng fans andun,” Padilla said.

(But the fans are there.)

(Of course, they watched our journey since the beginning.)

Padilla said he wanted to get married before he reached the age of 30.

“The Hows of Us” hits cinemas nationwide starting August 29./lb