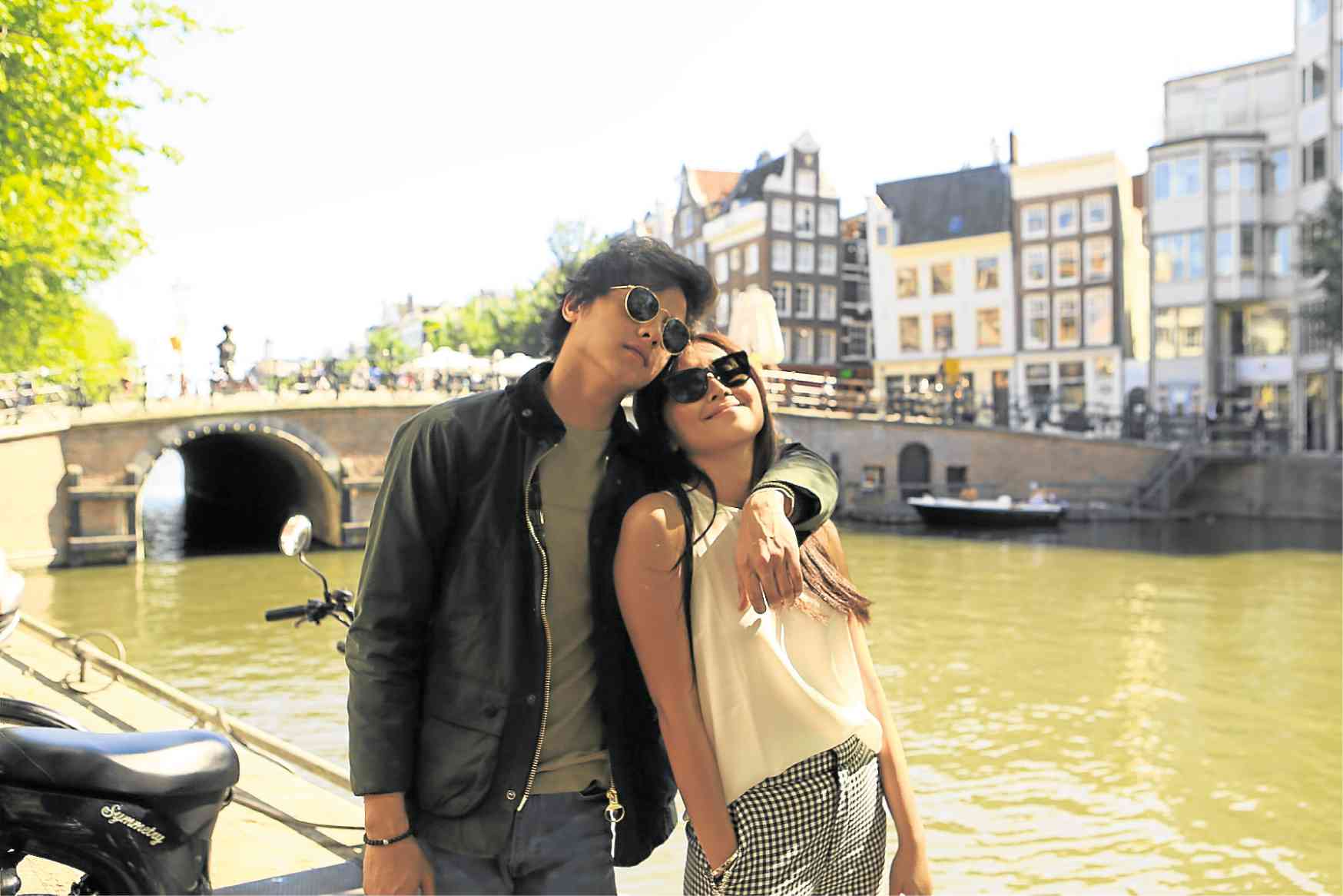 After working together exclusively for six years, real-life sweethearts Kathryn Bernardo and Daniel Padilla admit it’s now difficult for them to feel “genuine romantic excitement” and show this on screen.

“That’s one of the reasons this film had been difficult to make. We’ve done so many projects together. Iba pa rin ang kilig noong bago pa lang kami compared to today,” Daniel said at a recent media launch for their latest film project, Cathy Garcia-Molina’s “The Hows of Us.”

“How do I bring out the kilig? I recall the times when the feeling was still very intense. That’s what we had to really work on in this project. Direk approved all the scenes, so I guess I’ve managed to convince her,” he said.

Kathryn said she got a lot of help from her director. “She would tell me, ‘Kath ’di kita maramdaman.’ You see, I got used to always being with DJ (Daniel’s nickname), who is really sweet on and off cam. I didn’t realize that our sweet moments, which I consider normal, are already special to other people. Yes, it was easier to show the kilig when we were just starting.”

This was where Direk Cathy’s job as a director came to play, Daniel pointed out. “She used techniques that really helped us. She would play mood music or surprise Kathryn by tickling her with feathers or a stem of a plant. You will not see all these in the film, and that’s what makes filmmaking amazing and beautiful.”

The couple first worked together in the romance-fantasy series “Princess and I” in 2012. A year later, they made the movie “Must Be Love” and the TV series “Got to Believe.”

They would eventually appear in one TV show and one movie per year. Their last was “Can’t Help Falling in Love” (2017) by Mae Cruz-Alviar.

It was in 2016 when Kathryn and Daniel (collectively known as KathNiel) admitted they were already “exclusively dating.”

Later during the press conference, Daniel confessed they had been together “for over five years now.”

According to Daniel, theirs wasn’t a “smooth relationship” all the way. “We’re partners at work and in real life. I’ve worked with Kathryn since I started in show biz. The question is how do we make the feeling as fresh and intense as the first time? That’s what you call magic,” he related.

Kathryn agreed, adding that they, too, had had real-life confrontation scenes: “It’s important that we also have a life apart from each other. DJ has many friends whom he wants to hang out with. He also needs to spend time with his family. I give him that.” 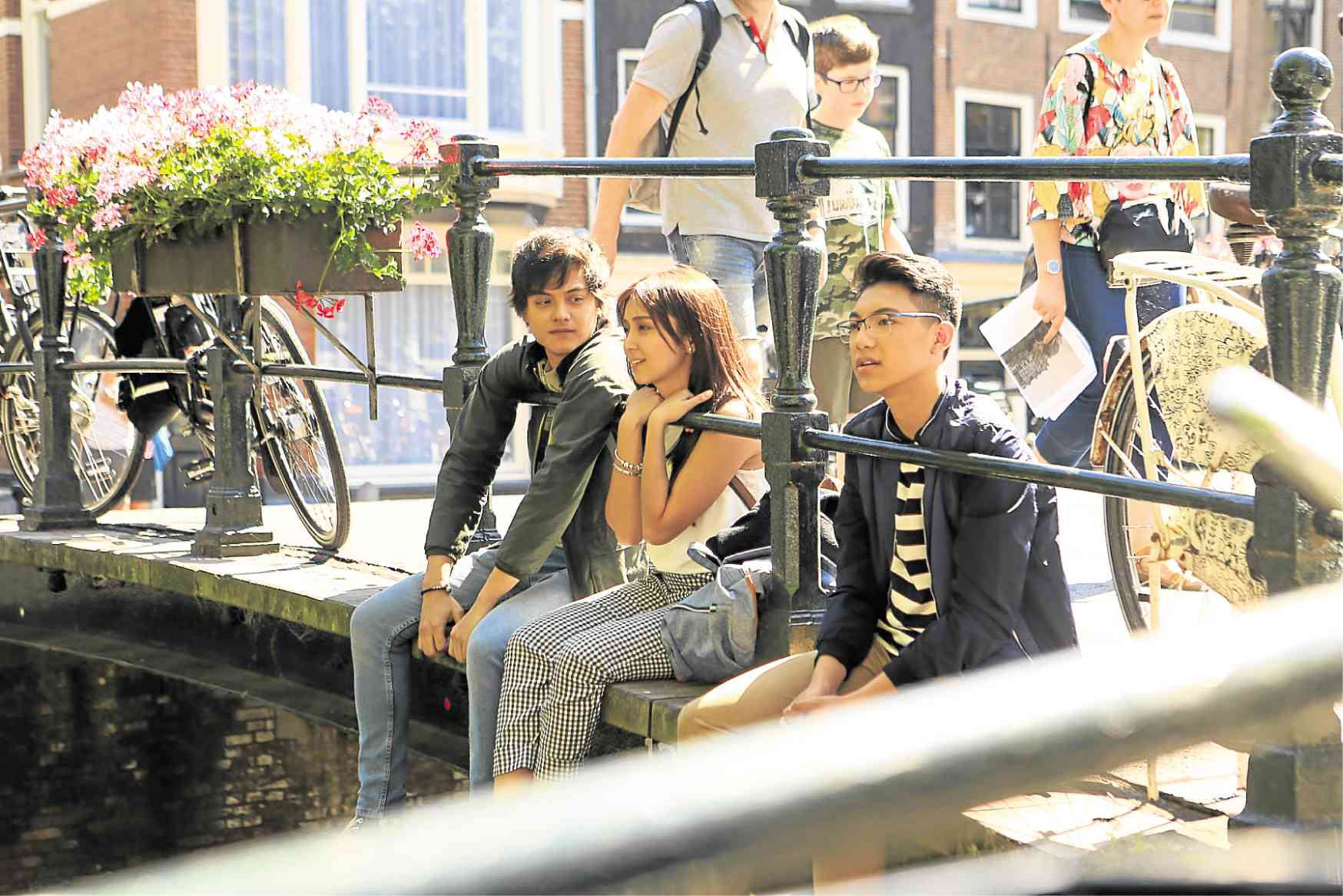 She added that when the going got really tough, their decision had always been to “save the relationship… It’s always a choice between giving up or carrying on with it, fighting for it. I chose to stay and I’m glad I made the right decision. No relationship is perfect, no matter how hard you pray for it to be one. What’s important is that we both learn from our experiences, grow together and move forward together.”

Daniel admitted that when they fought, “I would always try to look at our relationship beyond our latest problem.”

“The Hows of Us,” written by Carmi Raymundo, premieres in cinemas on Aug. 29.

Read Next
Jake is not yet ready to be a dad
EDITORS' PICK
Municipal court in Pangasinan sets arraignment for ‘Lolo Narding’
Gov’t eyeing COVID-19 tests in pharmacies
Acer starts the year off strong with the Aspire Vero National Geographic Edition
Gear up and get ready to play with Yamaha Mio Gear
31,173 new COVID-19 cases push PH’s active tally to 275,364
Mobile COVID-19 vaccination for commuters, transport workers set at PITX
MOST READ
Imelda Marcos trends on Twitter after octogenarian jailed for allegedly stealing mangoes
SSS: Members on home quarantine due to COVID-19 can apply for sickness benefit
Municipal court in Pangasinan sets arraignment for ‘Lolo Narding’
Help pours in for octogenarian jailed for ‘stealing’ mangoes in Pangasinan
Don't miss out on the latest news and information.