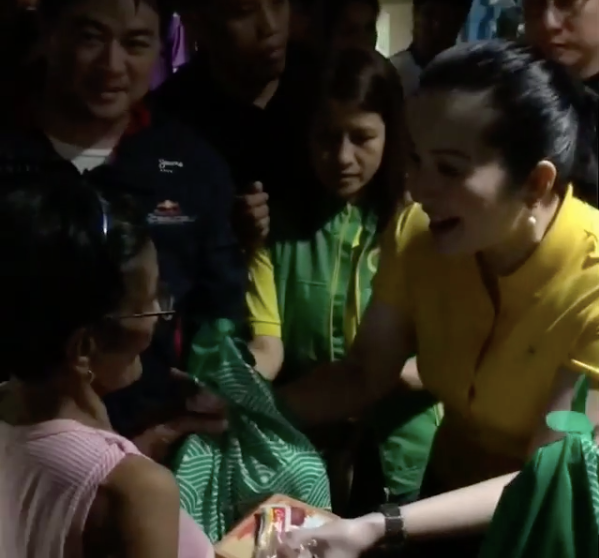 Kris Aquino was ordered by her doctor to bed-rest because of low blood pressure. However, her condition did not stop the Queen of All Media to distribute warm food and relief goods to flood victims in Marikina.

(It’s crazy, it must be fate’s doing (the name of the school)… I am from the third district of Quezon City. I asked our mayor if there is anyone in need of help — he said there’s no need anymore.)

(Called my friend, Rep. Banal — he said: ‘Kris, Rep. Quimbo of Marikina’s area, our neighbor, their area was badly hit.)

Aquino said that after hearing what happened to Marikina, she asked her staff to shop for relief goods. She also stated that she suggested they bring warm dinner to the flood victims. She was dissuaded from personally handing out the donations; however, she remembered her mother’s teaching that personal effort is important when helping out during calamities.

(It was worth it because I was able to let them feel that [one] doesn’t need to have a [government] position to be able to help and sympathize with our fellow Filipinos. It was my honor to give back to my country. And with no political agenda (because it was prohibited in [my] endorsement contracts) — I will continue sharing the blessings Josh, Bimb and I receive.)

Netizens were quick to react to Aquino’s post. Her fans and celebrity friends including Angel Locsin, Kim Chiu and Angeline Quinto lauded her efforts.

One netizen compared Aquino to Locsin who had earlier went to Marikina to distribute warm food and water. Aquino replied that it was Locsin who suggested she bring warm meals after she asked the former “Darna” actress what she should give to the flood victims. 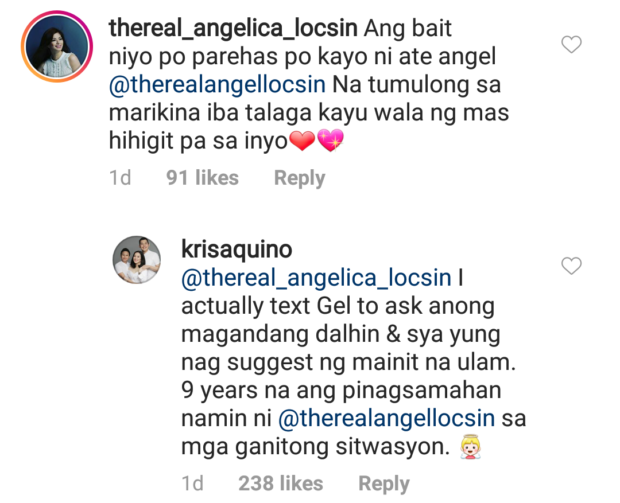 Another commenter suggested Kris Aquino should run for Senator. She turned down the suggestion by stating that it’s better for her to work honorably and grow her businesses so that people won’t doubt her intentions whenever she helps those who are in need. 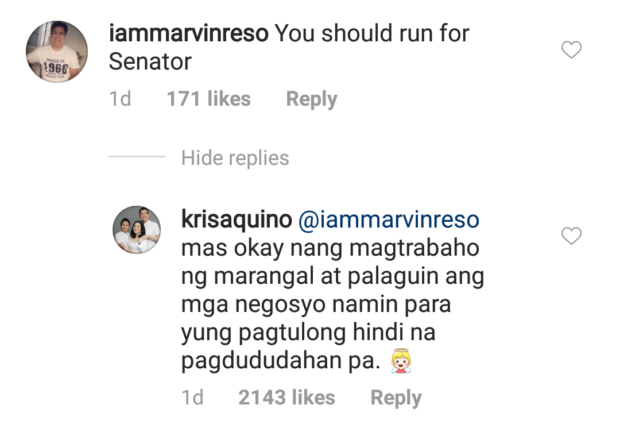 But not all comments on her efforts were positive. One stated that what Aquino did was “just a photo op” for her. To this, Aquino firmly replied: “I refuse to be judged and bullied in my territory. Very politely let me say: GET OUT. Kung gusto mo kong siraan (If you want to discredit me) have the decency to do it in your own feed.” 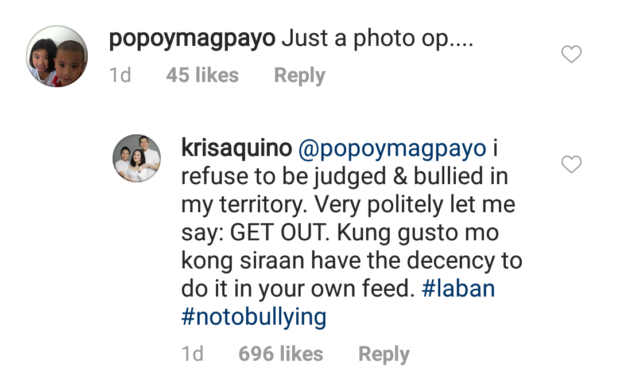 While some netizens were busy commenting about Aquino’s outreach, one netizen again took note of the similarity between the name of the school Aquino went to and that of her ex-boyfriend’s. 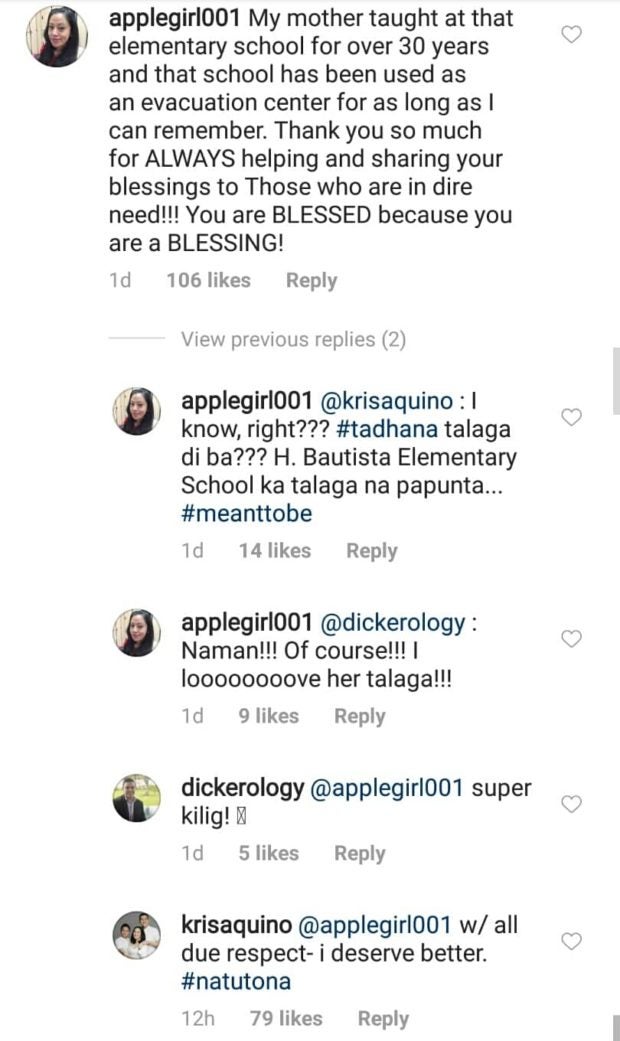 The commenter said the coincidence was “meant to be.” But Aquino responded, “With all due respect — I deserve better.” JB