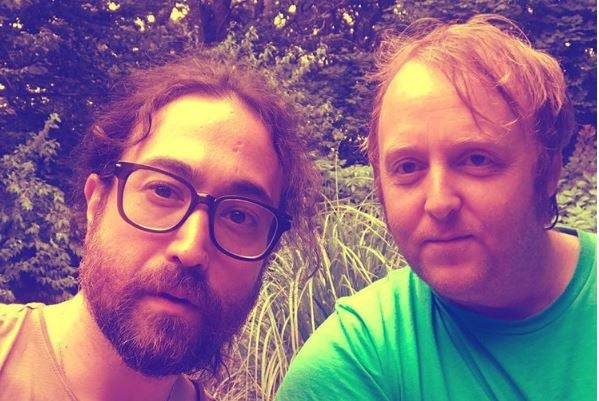 Is this the onset of a second wave of Beatlemania? But then again, did it ever leave? Many Beatles fans were in a frenzy when Sean Ono Lennon, the only son of John Lennon and Yoko Ono, shared a picture of him with James McCartney, Paul McCartney’s son with the late Linda Eastman, on his Instagram last Aug. 13.

In the picture, Sean and James can be seen sitting side by side in a grassy, park-like area, gazing into the camera.

The striking resemblance was uncanny, as Sean and James pretty much took after their own fathers—not just in looks, but also in their careers.

The photo garnered tens of thousands of likes in just a few days, prompting many Beatles fans to take to the comments section.

“It’s like John and Paul looking in the [mirror],” remarked on Sherrie (@readsherrie).

Another called for a Beatles reunion among the sons. “Let’s get a Beatles Reunion through their sons,” wrote a certain Gina Sabio (@ginasabio8). “Add Dhani Harrison, Zak and Jason Starky… and Paul & Ringo of course… Let it be!!!”

Meanwhile, one Beatles fan wished the men well in their own endeavors. “Your dads legacy of peace through music is something to be proud of,” wrote one Jac (@jac_qui_01). “To have dads that follow their passions can be a good lesson to his son to be his own person. Best wishes to both of you and your passions.”

Today, Sean is a singer and songwriter for his band, The Ghost of a Saber Tooth Tiger. The band premiered in 2008 on Valentine’s Day during Lennon’s live performance at Radio City with Kemp Muhl. He and Muhl have been together since 2006 and are a force as a musical duo.

Meanwhile, James has had his own string of successes under his belt. He released his first full-length album, “Me,” in 2013. The album was a “deeply personal and intimate” work that reflected the essence of his musical vision, and who he truly is “musically and personally.” He released his second album, “The Blackberry Train,” in 2016.

It’s true that many relentless fans are clamoring for the sons of the Beatles to continue their fathers’ legacy, but it’s also apparent that Sean and James are their own people and caught up doing their own thing. A collaboration in the future remains unknown; regardless, the two getting together and posing for a picture surely is a sight to behold.  /ra