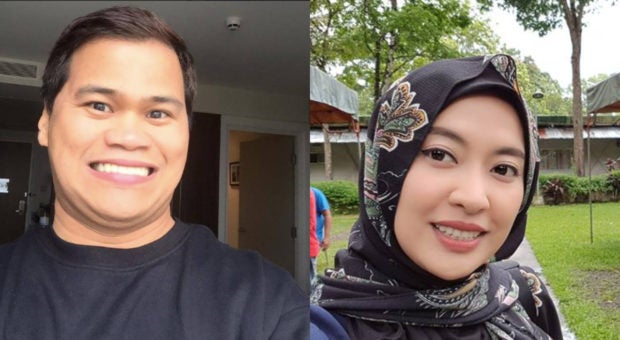 The comedian also asked for Uson’s side on the Commission on Audit’s (COA) recommendation to file charges against the PCOO for P38 million worth of “deficient” disbursements for the 2017 Asean Summit.

Sharing a clip of the Facebook Live video Uson uploaded in her page, Diaz pointed out that Asec. Uson should not allow the use of swear words in her platform, particularly in statements that degrade women.

(To Miss Mocha, I hope you’ll always remember that your salary is paid by the Filipino people. [Because of this] you should not be a troublemaker; instead, you should be a peacemaker.)

(But people who watched this video may say that you really are the one who laughed when you heard the word “b*tch”… After you reflect on it, I just want to tell you that you are in the government to uplift women’s social standing.)

(Give importance to your position so that you will be praised not just by Diehard Duterte Supporters (DDS), but also more of those who aren’t.)

(Do you think provoking Miss Gay could be included in the list of your accomplishments aside from joining and tailing the President?)

Diaz then shifted his thoughts to the COA issue the PCOO is currently entangled with. The comedian asked Mocha to explain her and the PCOO’s side.

(Your work is directly involved in the PCOO issue, Miss Mocha. You might be implicated, you have to clarify so that the taxpayers will understand that you are not involved or that you are innocent in the billions of pesos that the PCOO is being questioned about. If you are able to explain the issue well, you may include this in the list of your accomplishments as PCOO Asec. And you may consider this as an important accomplishment.)

Uson posted the controversial live video on Friday, July 20. Aside from Olivar, she is joined by Atty. Trixie Cruz-Angeles.

(Drilon… yes, he keeps on sleeping right. Really [someone] should put a coffin. You should bring a carpenter in the Senate [so that] while he is sleeping, there is someone is hammering there, provide [him] a tombstone there.) NVG