Cacai on estranged ‘Love’ Ahron: Who am I not to forgive? 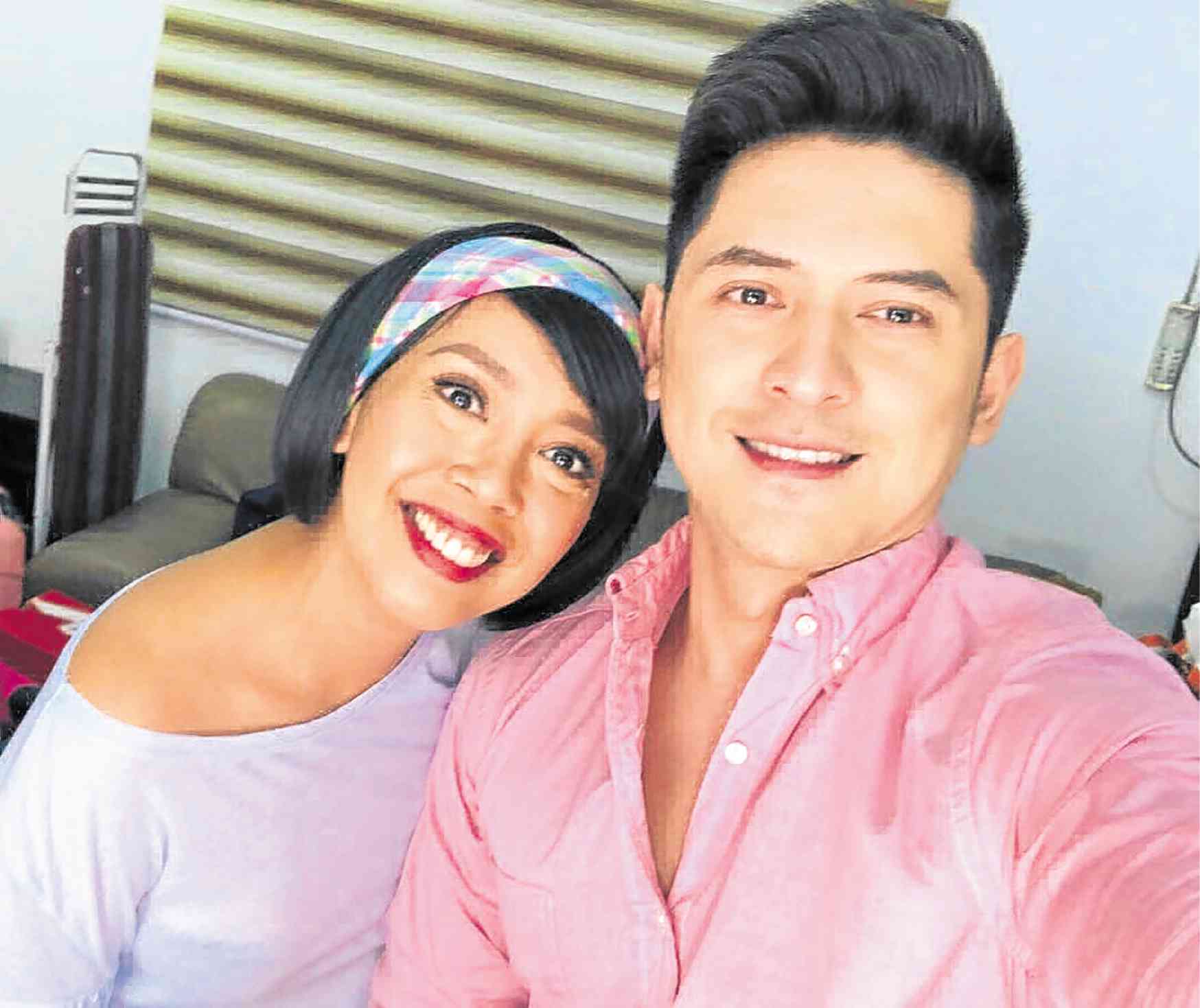 There are people who just aren’t meant to be together romantically and are probably better off as friends,” said comedienne Cacai Bautista when asked about the status of her relationship with actor Ahron Villena.

Cacai admitted not talking to Ahron for over a year because she felt hurt that the latter publicly denied ever having had a romantic relationship with her. This was even though they were often seen together and went on trips abroad, or that Cacai would refer to him as “Love.”

“I’ve learned a lot of lessons from what happened between us. I’m sure he picked up a lot of things from it, as well. I’ve become more mature because of it. Who am I not to forgive?” the comedienne said, adding that Ahron did try to reach out to her three times. “People didn’t know that. On his fourth try, I agreed to meet him. We hugged each other, and everything was forgotten.”

Ahron added: “We were both at fault. We know that. What I realized was that since I’m the guy, I should make the first move in order for us to reconcile.”

Cacai added that she is now dating other men, who aren’t from show biz. “I go out with them for coffee—nothing serious. I’m enjoying myself as a single woman,” pointed out Cacai, who admitted that she would sometimes still meet up with Ahron to watch movies and have dinner.

“We’re rebooting. We’re now trying to forget about the past. We don’t talk about what happened anymore. We’ve decided to just go with the flow,” said the actress. “I woke up one day realizing that the pain was already gone. I gave in because Ahron was very patient with me.”

The two are currently promoting their big-screen project “Harry & Patty,” which will be shown in cinemas starting Aug. 1. The rom-com flick is directed by Julius Alfonso.

Ahron then pointed out that their public spat was never a gimmick to publicize themselves. “We have other movie offers aside from this. Maybe because people like seeing us together. Even I would ask myself: ‘Is this for real?’ I used to go to Baclaran to pray for this kind of break. Now, the Lord has granted my prayer.”

Cacai said that while she would feel hurt when bashers attack her, she has learned to “think only happy thoughts. I even had death threats before. If only they’d try to know me better, they will never react so negatively toward me.”

Ahron said he has developed a way to handle bashers: “I refuse to feel emotional about them. I do what other celebs do so that issues would no longer get blown out of proportion: delete (demeaning comments) and block (disruptive followers).”

Cacai, meanwhile, said they have far more important things to worry about, such as promoting their movie well because it is being pitted against Erik Matti’s actioner “BuyBust,” starring Anne Curtis.

“I’ve seen a glimpse of that movie and liked what I saw,” said the comedienne. “But its theme is different from ours. Maybe the public can watch ours first, then see the other movie. Let’s support local films so that the industry will continue to flourish.”