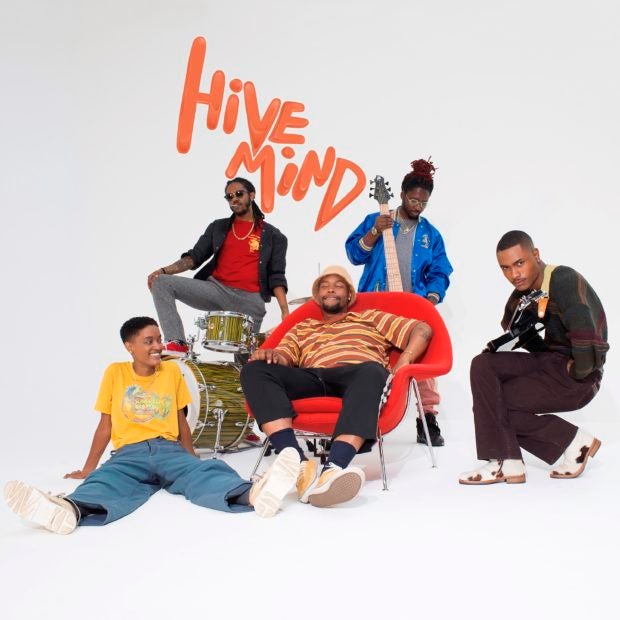 The internet, as we know all too well by now, shrieks and howls and barks. The L.A.-based soul and R&B band of the same name practically whispers with its fourth studio album.

On the 13-track “Hive Mind”, The Internet is as laid-back and subtle as the global computer network is ugly and brash. How laid-back exactly? Almost to the point that many songs feel unfinished — just a series of chunky grooves, drum loops and handclaps barely stitched together.

Musicians Matt Martians, Christopher Smith, Patrick Paige and Steve Lacy have given lead singer Sydney “Syd” Bennett mellow textures and a series of dreamy canvases to expand her range, but it’s also clear that the album lacks the bite and snap of previous releases.

Standouts include “La Di Da”, ”Roll (Burbank Funk)” and “Come Over”, songs that show off the band members’ ability to riff off each other’s hooks. “Look What U Started” is built around a superchunky bass line, as good as anything on “Ego Death”, The Internet’s acclaimed and Grammy-nominated third studio album, which yielded “Under Control” and “Girl”.

But “Beat Goes On” swirls endlessly on until halfway when, inexplicably, a different beat goes on, as if the band was divided about its direction. “Next Time/Humble Pie” does the same thing — it goes fine until it, too, switches gears in the middle and shoots off into another song, ending bloated and messy. (Come to think of it, “Come Over” also has a weird expletive-laced coda that doesn’t belong there.) It leaves the listener confused and lost.

“Stay the Night” is marred by the endless repetition of the song’s title and “Bravo” has an annoying drum effect that overpowers a delicate bass-driven song with its pneumatic, unwelcome mechanical insistence. “Wanna Be” meanders and meanders, getting lost in itself. And “Mood” never comes together.

Most of the songs concern modern love — aching longing or smooth seduction from Bennett — although the band reaches for something larger on “It Gets Better (With Time)”, a beautiful, uplifting song about fighting through pain that’s fueled by Bennett’s falsetto.

The album ends with the sensual and steamy “Hold On” — destined to end up on bedroom playlists — but the taut electricity the band exuded is largely gone in favor of aimless doodling. But we were warned about this: In the opening song, after all, Syd sings: “I can’t be sure/Not anymore /Today or tomorrow/What we gon’ do.” CC

COVID-19 spreads in South Korean city as thousands are screened