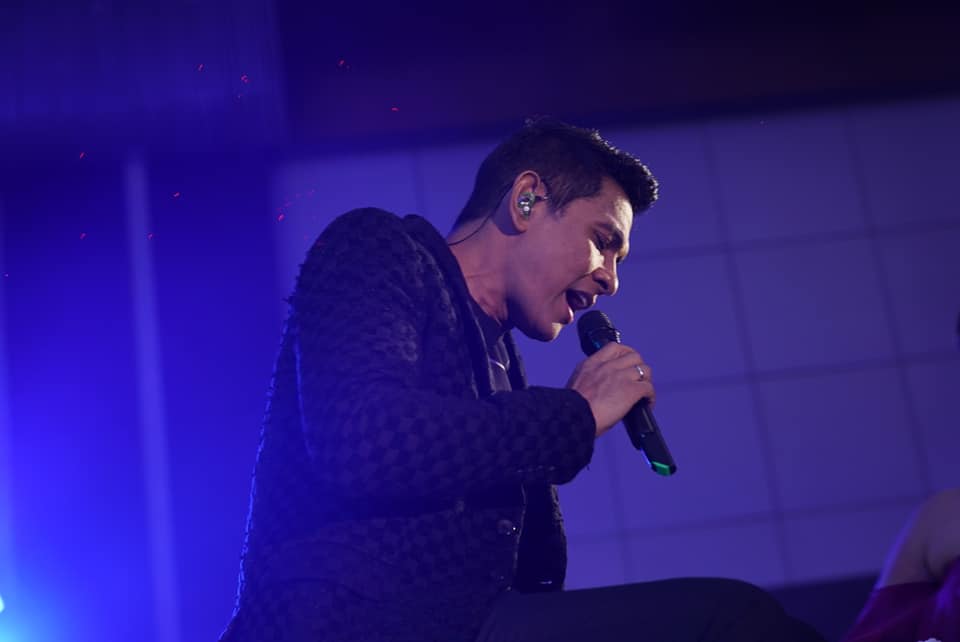 Gary Valenciano returned to the spotlight despite not being fully recovered yet.

Mr. Pure Energy recently got back on stage to perform at an event hosted by Panasonic at the New World Hotel on July 17. His wife, Angeli Pangilinan, shared snapshots and recordings of Gary V on Instagram, July 18, as he sang on stage.

“So he was only supposed to sing one song. My husband is back… slowly …,” wrote Pangilinan on a video clip of Gary V’s performance.

Pangilinan noted that doctors had advised Gary V to take his time and recover due to the multiple procedures he had to undertake.

She wrote, “His outer wounds healed so fast but his doctors said don’t rush Gary…and yet he wanted to sing this second song to make everyone happy.”

The happy wife recounted how she cried when Gary V sang “I Will Be Here” for his first song of the night. He last sang on stage on May 3. Gary V underwent heart bypass surgery on May 6.

Two weeks before his surgery, Gary V said he felt something wrong after a dance performance with his son Gab. A doctor visit revealed he had a good strong heart and everything else was in order, except for the left anterior descending artery.

On top of his diabetes, Gary V recently revealed in an interview on Rated-K that he was also battling kidney cancer but had overcome it.

Despite having lived with Type 1 diabetes for 39 years and cancer, Gary V still continues to wow the audience with his performances. With this latest gig, fans may expect the slow but steady return to form of the one and only Mr. Pure Energy.  /ra