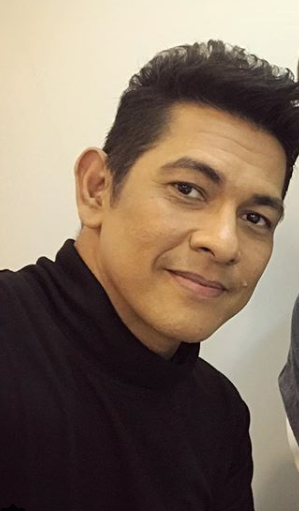 After his devastating revelation about being diagnosed with cancer of the kidney, Mr. Pure Energy Gary Valenciano said he is actually well now and is completely cleared of the “Big C.”

It was in the snippet of his interview with Korina Sanchez for the program “Rated K” that he revealed about his illness.

The clip was aired on ABS-CBN’s flagship newscast “TV Patrol” on Friday night. However, this caused confusion and scare to his fans upon knowing about his revelation.

In a series of tweets and replies to his fans, he himself said he is okay now and there’s nothing to worry about.

In one of his tweets on July 6, he replied to a fan and said, “I’m already much better today than yesterday. I’ve been cleared of the big C. I’m ok Miles!” 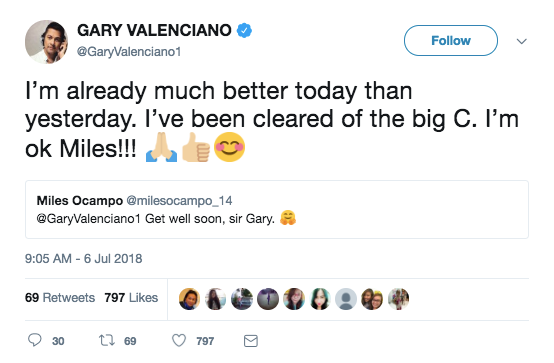 In another message, Valenciano again said, “Do know I already am healed.” 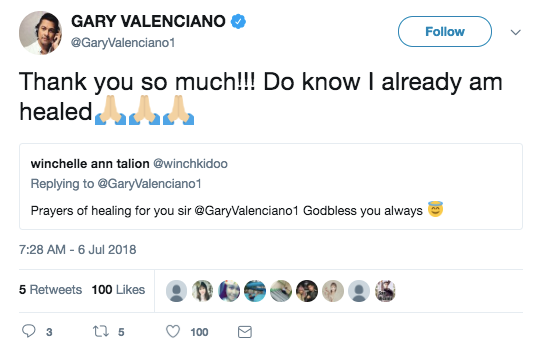 Without revealing too much, he just encouraged his worried fans to watch the whole interview of the “Rated K” program on Sunday so that they can be relieved. 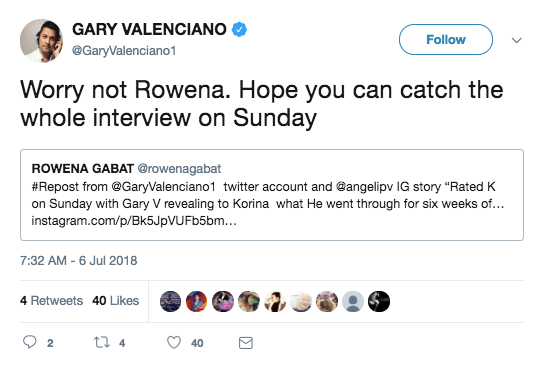 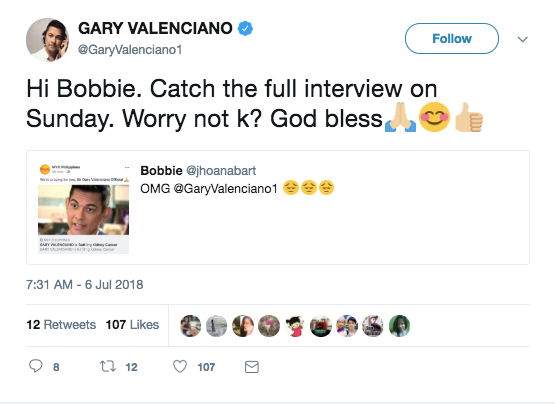 Meanwhile, his eldest son Paolo Valenciano seemed to be more irate than confused with the news of his dad’s cancer.

In a tweet, he clarified that what spreads now is actually a past issue. His dad does not have cancer anymore but indeed, he “had” one. /jpv 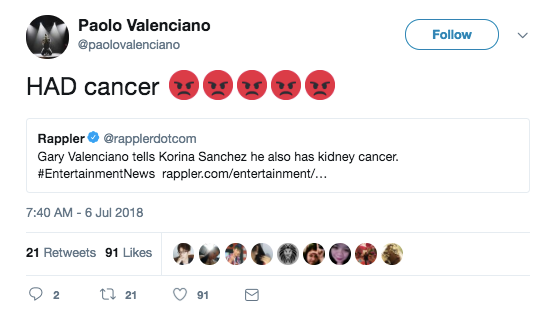