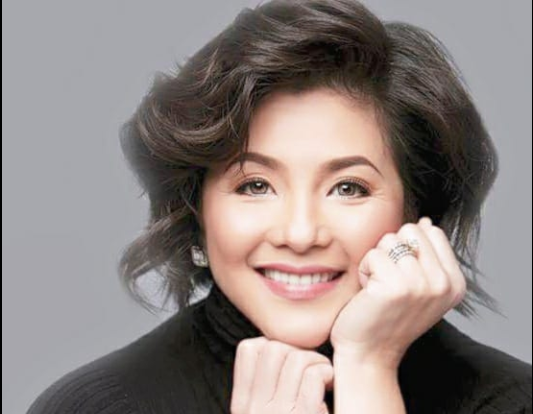 President Rodrigo Duterte appears unfinished with his tirades about God, as he once again mocked believers last Friday, July 6, to prove God’s existence — via a selfie. This follows his earlier comments about God last June when he asked, “Who is this stupid God?” during an oath-taking of Cagayan de Oro village officials.

His remarks have since drawn ire and criticism from many. His latest remark about proving God’s existence with a selfie wasn’t absent of criticism either. Some, too, have expressed their disappointment, one of which was Asia’s Songbird Regine Velasquez who took to her Twitter page, July 7, to speak about it.

(I am already really sad. I don’t like meddling in things like this, but Mr. President, we already get it that you don’t believe in God.)

(But a lot of us believe in God. God does not engage in politicking, so I hope we leave God out of this.)

Many echoed Velasquez’s sentiments, as her tweets garnered hundreds of likes. Velasquez and husband Ogie Alcasid are both devout Catholics, and had a Catholic christening for their son Nate back in 2012. Velasquez, too, is open about her faith as she often posts Bible verses in her social media account to spread faith messages.

“But still I pray for you,” Velasquez continued to write as she addressed President Duterte. “May GOD bless you and may HE show you the right way to lead our country. In Jesus name I pray…”

But still I pray for you. May GOD bless you and may HE show you the right way to lead our country. In Jesus name I pray……..

President Duterte has since been called a “psychopath” by a Catholic bishop for his disparaging remarks. Meanwhile, Presidential spokesperson Harry Roque came to Duterte’s defense, saying he had the right to express his opinion on religion. Moreover, Roque cited the President’s previous disclosure that he had been sexually abused by a priest in his youth. JB

Duterte: I believe in God, but prove his existence — via a selfie

Read Next
‘Ant-Man and Wasp’ fly to top of North American box office
EDITORS' PICK
Geek out at TOYCON 2022 powered by Smart Signature
UK’s Boris Johnson will resign, BBC reports
High-risk pregnancy: Reducing your risk is in your hands
House energy committee chair Arroyo bats for cheap electricity
High inflation: Your P1 is now worth only 87 centavos
Unemployment rate up to 6% in May
MOST READ
Suspect in grisly killing of missing woman in Bulacan arrested
Hong Kong suspends flight bans as it eases COVID-19 rules
Kim Atienza’s daughter flaunts bikini body in response to critics of her ‘revealing photos’
Cop slain in Isabela ambush
Follow @CCepedaINQ on Twitter
Don't miss out on the latest news and information.