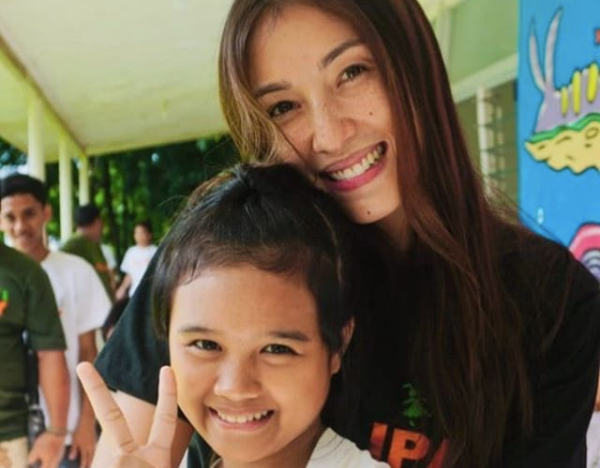 Solenn Heussaff spread happiness to the children of Kalipay Foundation in Bacolod City, Negros Occidental recently when she took a trip to the Negros Island with fellow actor Paulo Avelino, among others.

Kalipay Negrense Foundation is a non-profit foundation that works for the causes of disadvantaged children, such as those who are homeless, physically and sexually abused, out of school youths, special children, as well as the malnourished.

Heussaff took to her Instagram page last Friday, July 6, to share to her fans her interaction with the Kalipay kids.

“My Kalsada exhibit lead me to meeting the beautiful children of Kalipay foundation,” wrote Heussaff. “Such a heart warming day yet so painful. Find it in your hearts to help our children.”

Heussaff’s Kalsada exhibit was unveiled at Provenance Art Gallery in Shangri-La at The Fort, Bonifacio Global City last October 2017. Heussaff has since shared that the subjects of her paintings were inspired by disadvantaged children she met while going around the country.

Heussaff, too, shared lots of pictures from the event. In one such photo, Heussaff can be seen carrying a young boy, as he wrapped his arms around Heussaff’s neck. Another photo showed the children showing off their art works, one of which was spelling Heussaff’s name in bond papers, which read: “Tita Solenn.”

Heussaff too shared in her Instagram Stories a snap which was originally uploaded by creative director David Milan on his Instagram Stories yesterday. The snap showed Heussaff with her companions taking a selfie inside a car.

Avelino can be seen sitting on the passenger seat of the vehicle, while friend Jay Chua sat beside him on the driver’s seat. Heussaff was seated at the back with Milan, fashion stylist Bea Constantino and MTV Philippines host Jodie Tarasek. 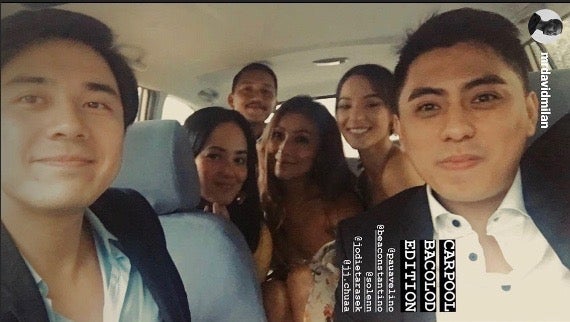 Image: Screengrab from Instagram/@mrdavidmilan via @solenn

Heussaff is readjusting her focus now as she prepares for her next exhibit. She announced last June that after Kalsada, which saw her in connection with the children of Kalipay, she would be focusing on an exhibit about the importance of caring for the environment.

She vowed that her next exhibit would be a hair-raising experience, and promised she won’t reveal any of her works until its unveiling next year. JB