While the rainy season has been relentless in the Philippines, Kapamilya stars extended their summer in the white sands of Honolulu.

On June 30, over 30 of ABS-CBN’s stars headed to Hawaii to perform in a special edition of the variety show ASAP for fans in the area.

Talents such as Arci Muñoz, Piolo Pascual, Sam Milby and Maja Salvador were among those who possibly made temperatures rise in the Hawaii capital.

Arci Muñoz stunned in a cerulean string bikini which complemented her fair complexion and the ocean’s blues.

The stylish actress and singer accessorized her beach look with a bandana and Ray-Ban aviators.

Muñoz’s “Since I Found You” co-star Piolo Pascual showed off his ageless and toned figure while going out for a swim and surfing. 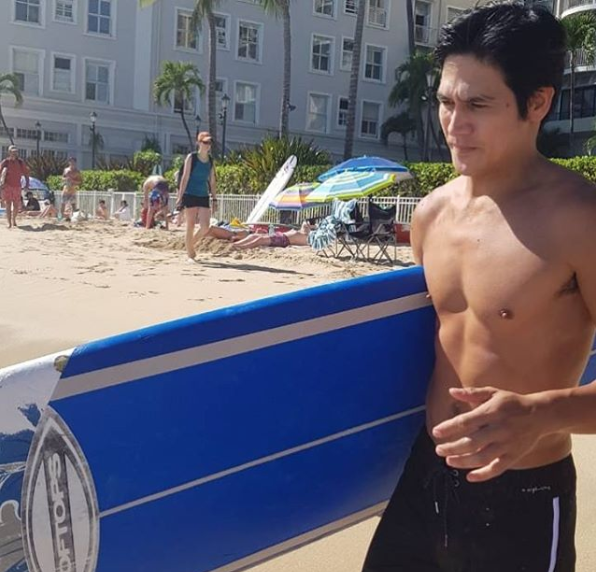 Maja Salvador flaunted her toned figure in a cutout swimsuit and a two-piece bikini — earning her admiration from the Megastar herself, Sharon Cuneta.

“Hirap na hirap magpapayat tapos popost ka ng ganyan pose at suot mo (It’s so difficult to lose weight then you go and post a picture with that pose and outfit)!” Cuneta joked.

Gerald Anderson, Sam Milby and Jake Cuenca bared their abs while they took a dip in the clear waters.

Aside from their fit physiques, these stars brought the heat with their music and dance numbers.

Salvador was a scene-stealer in a hula dance which opened the show, flanked by the three hunks. JB