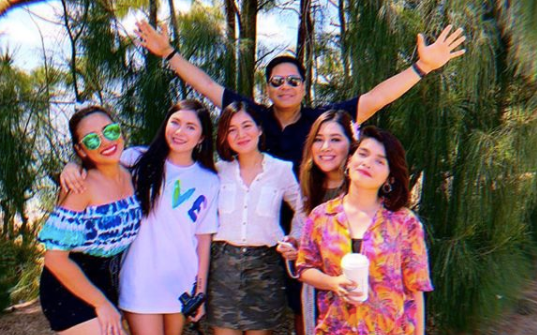 Her vlog began with her waking up in her hotel room and telling her viewers that she and her fellow artist friends would be meeting up in the lobby to go to a Japanese restaurant. The five were in Hawaii that time for the Honolulu show of ASAP, where they were slated to appear.

The group of friends soon met up and, after a few minutes of waiting, finally got inside their Uber car to go to the restaurant. This was when they realized they had a fellow Filipino as their driver.

While driving, the driver mentioned in passing the ASAP Honolulu show, unaware during the entire time of the identity of his passengers.

“Wala,” the driver said as the group laughed loudly.

It didn’t take long for them to reach their destination. But as they arrived at the Japanese restaurant, the driver, seemingly having caught on to their prank, turned around from his seat and, upon seeing Constantino, asked with a sheepish smile, “Si Yeng?”

It was a funny yet heartwarming moment, and the group made sure to take a selfie together with the driver before leaving.

The ASAP in Honolulu show, where the group of friends appeared, turned out to be a huge success. The show, however, was not shown live and is expected to air on television this Sunday, July 8.

The video of the friends with the Uber driver may be watched below.  /ra