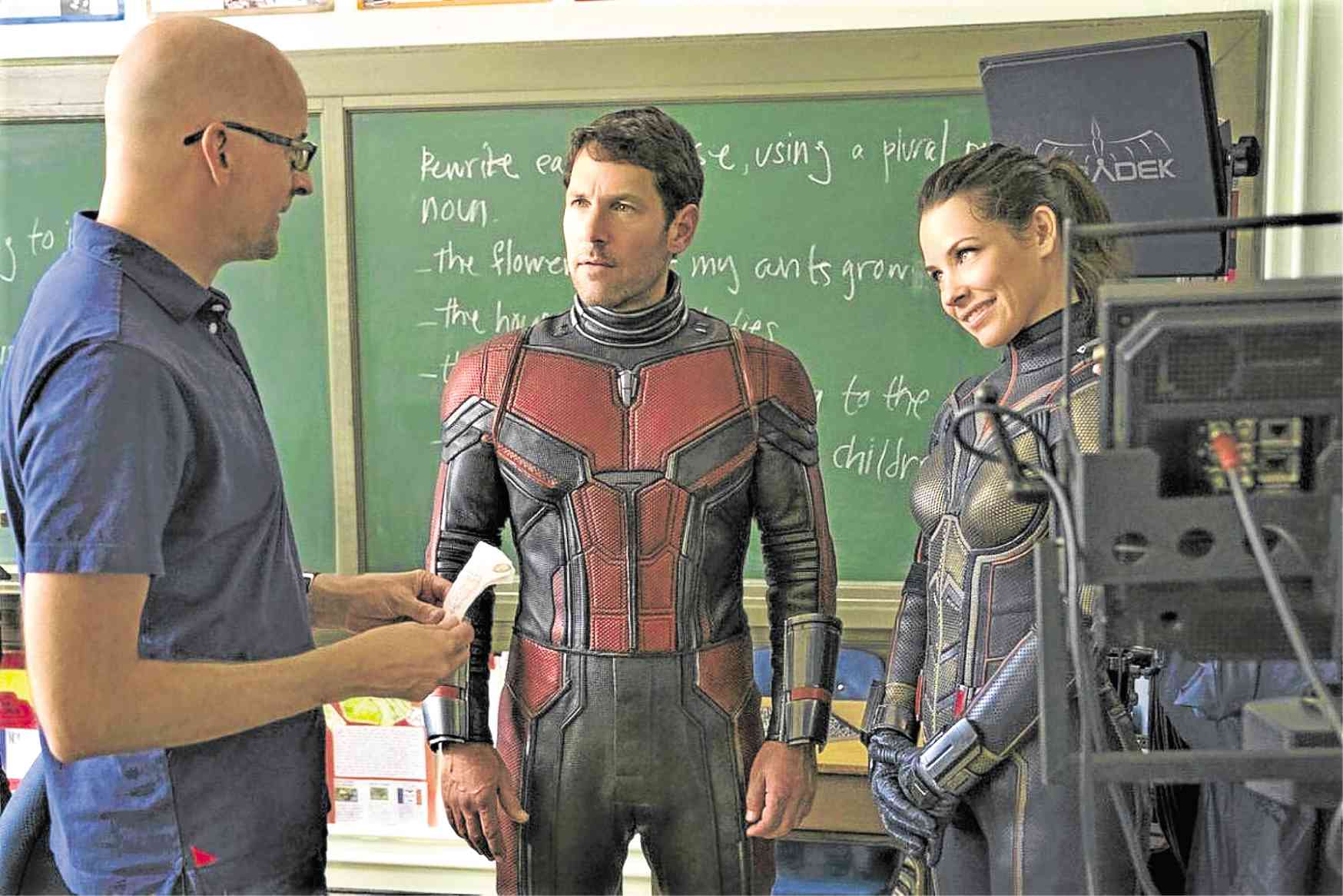 (From left) Director Peyton Reed, Paul Rudd and Evangeline Lilly in “Ant-Man and the Wasp.” PHOTO BY MARVEL STUDIOS

HOLLYWOOD, United States – The Disney/Marvel film “Ant-Man and the Wasp” swatted away competition over the weekend, logging $76 million in ticket sales in North America, according to industry estimates on Sunday.

The buzzy film, a sequel to 2015’s “Ant-Man,” has outpaced that movie’s opening weekend by about 33 percent in ticket sales, industry watcher Exhibitor Relations reported.

It is the 20th release in Disney’s Marvel Cinematic Universe series of comic book movies, and the first to feature a woman in the title.

This time, Scott Lang (Paul Rudd) languishes under house arrest in San Francisco after being caught as his shrinkable superhero alter-ego fighting some of the other Avengers in “Civil War.”

Struggling to rebalance his home life with his responsibilities as Ant-Man, he’s confronted by Hope Van Dyne (the Wasp, played by Evangeline Lilly) and her father, the brilliant quantum physicist Hank Pym, with an urgent new mission.

The dynamic insect duo far surpassed the three-day revenues of the weekend’s second-place movie, “Incredibles 2” from Disney and Pixar, which took in $29 million.

But that was enough to push it past “Finding Dory” as the top-grossing animated film of all time, according to The Hollywood Reporter.

In third spot, at $28.6 million, was “Jurassic World: Fallen Kingdom,” from Universal, which in its third week has already passed the $1 billion mark globally. The film has Chris Pratt and Bryce Dallas Howard struggling to contain dinosaurs rescued from a Caribbean island and sheltered — temporarily, dinosaurs being dinosaurs — in a California mansion.

The dystopian horror film, starring Ethan Hawke and Lena Headey, is a prequel set during the original “Purge,” a 12-hour period when all crime is legal but certain government officials may not be harmed.

In fifth was “Sicario: Day of the Soldado” from Sony, at $7.3 million in its second week. The action thriller has Benicio Del Toro and Josh Brolin teaming up to fight drug cartels smuggling “terrorists” across the Mexican border.

All the top five were sequels (or prequels), Exhibitor Relations noted. /cbb