Remix of BTS, Steve Aoki track to be released 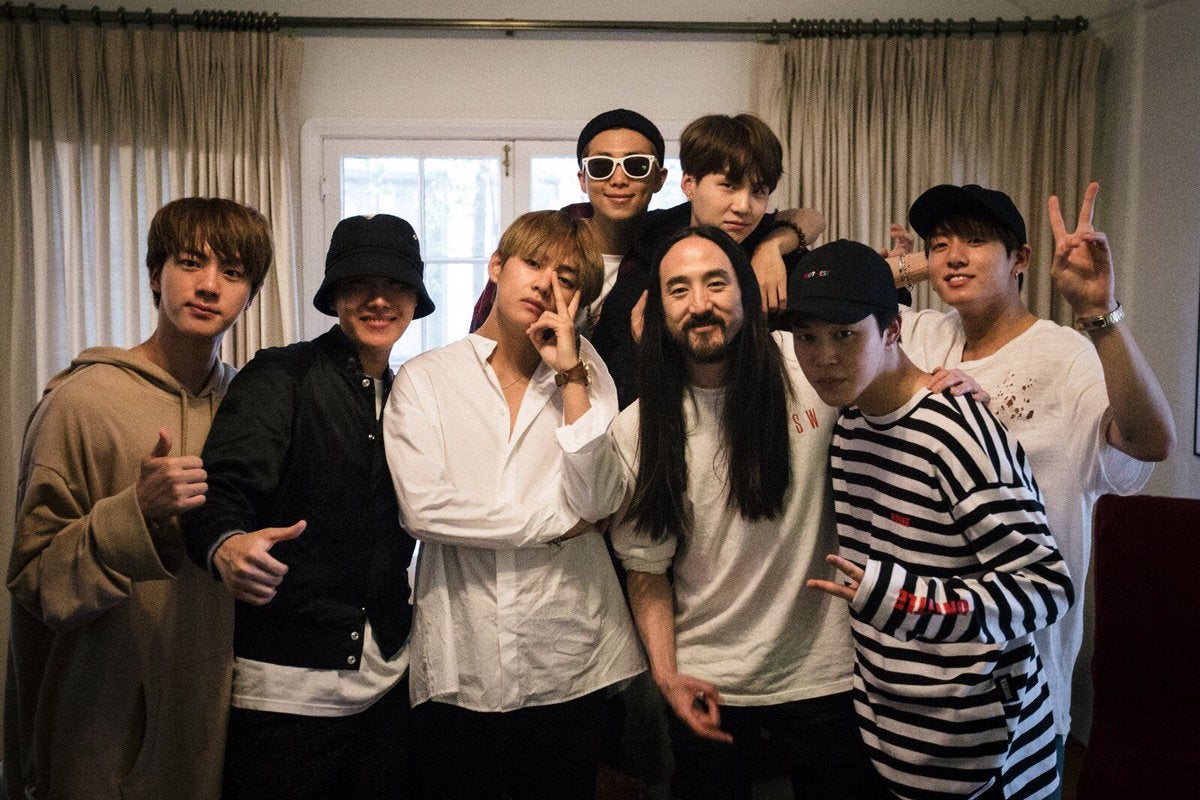 DJ and producer Steve Aoki announced through his social media that he will soon be releasing a remix version of his collaboration track with BTS, “The Truth Untold”, K-Pop Herald reports.

The song was featured in BTS’ latest release, “Love Yourself: Tear” which came out in May this year.

The two acts met during the 2017 Billboard Music Awards and have since been in contact and working on music together.

“The Truth Untold” is BTS and Steve Aoki’s second collaboration track, their first being the remix version of BTS’ “MIC DROP” which was in their project “Love Yourself: Her”. The remix version was released a few months after.

Another version of BTS and Steve Aoki’s remix of “MIC DROP” featured American rapper “Desiigner”; that version was certified gold by the Recording Industry Association (RIAA). BTS’ title track for “Love Yourself: Her” entitled “DNA” was also certified gold by RIAA. JB

Watch BTS on Viu! Just text VIU ON 99 to 2948 for Globe and TM subscribers. Upgrade now to Viu Premium to experience unlimited download offline, eight hours after the Korean telecast and HD viewing!

K-pop star Tiffany to make US debut with English track