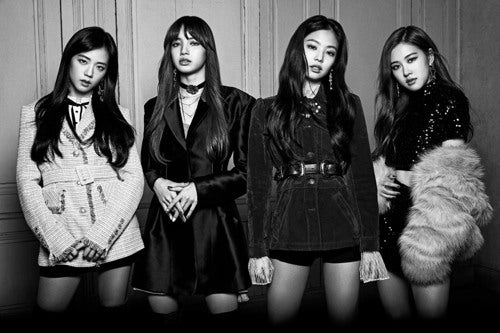 The four-member girl group attracted a huge crowd in the streets of Hongdae and spent time with their Blinks (what they call their fans) along the Hongik University strip. They also visited their newly-opened “BLACKPINK House” which can also be found in Hongdae.

After their Guerilla Date, the group transferred to a rooftop pool and shared drinks, as they conducted an interview.

Black Pink expressed their passion and dedication to their work; they spoke about their urgency to promote after coming back from almost a year-long vacation.

“We came back after a lot of rest,” Jisoo, the group’s vocalist and eldest member, said.

“We were missing work, and we really wanted to promote,” their rapper, Jennie, added.

“It’s our first after debuting; we had been releasing title tracks through singles, so it’s so nice having an album, and we really wanted to give [an album] to our fans,” Jisoo said about their latest album, “Square Up”. JB

Watch more of Black Pink on Viu! Just text VIU ON 99 to 2948 for Globe and TM subscribers. Upgrade now to Viu Premium to experience unlimited download offline, eight hours after the Korean telecast and HD viewing.