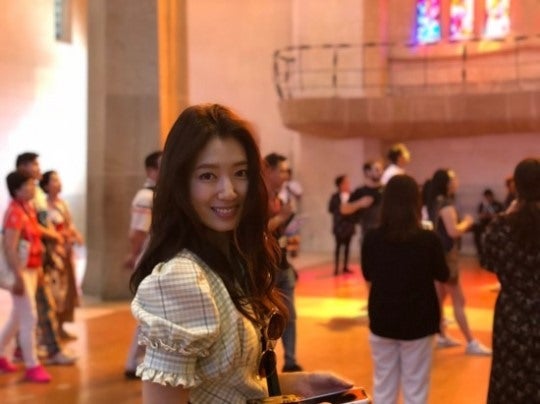 The leading lady of K-drama “Doctors” Park Shin-hye took to her Instagram page recently to share some of the photos she took while on a shoot in Barcelona.

Sporting a feminine puffy-sleeved dress, Park can be seen smiling at the camera and enjoying the view of La Sagrada Familia, a landmark cathedral in Barcelona.

The popular Korean actress is currently in Spain to shoot an upcoming Korean fantasy-romance series entitled “Memories of Alhambra” which will air its first episode on November on tvN.

Park is also known for her roles in other dramas such as “Pinocchio” and “The Heirs”. JB

Watch more of Park Shin-Hye on Viu! Just text VIU ON 99 to 2948 for Globe and TM subscribers. Upgrade now to Viu Premium to experience unlimited download offline, eight hours after the Korean telecast and HD viewing!