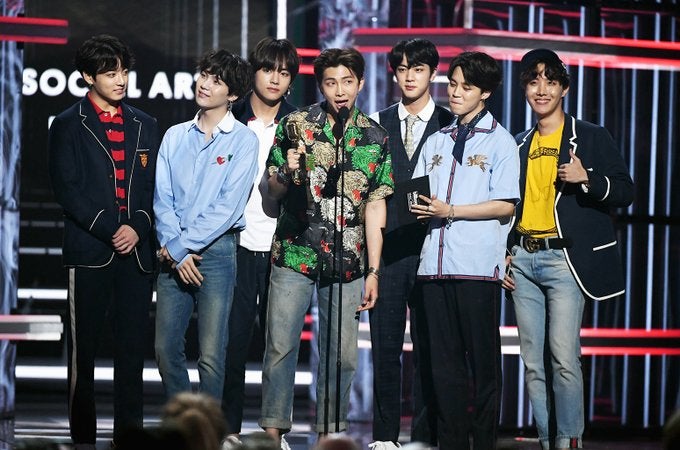 The title track’s parent album, “Love Yourself: Tear”, is also the first ever K-Pop album to land the top spot on Billboard 200. The album was dropped last May 18 and has since sold 135,000 equivalent album units in the United States, with 100,000 of the sales being traditional album purchases, according to Billboard.

The song is also the first K-pop song to debut in the Hot 100’s top 10, topping PSY’s “Gentleman” which debuted at number 12.

With “Fake Love”, BTS has also broken their own record for the highest-charting Hot 100 for a K-pop group, surpassing their song “MIC Drop” (featuring Desiigner), which reached number 28 in December 2017.

Apart from BTS, the only other Korean act that has entered the top 10 is Korean rapper/singer PSY, with his viral hit “Gangnam Style”, which reached number 2 for seven weeks in 2012 and “Gentleman” which peaked at number 5 in 2013.

Another track from the album entitled “The Truth Untold”, a ballad collaboration between BTS (specifically their vocal line, Jin, Jimin, V and Jungkook) and Steve Aoki also entered the charts, landing on number 50. Joining both tracks in the charts are “134340” and “Paradise” which landed on numbers 66 and 71, respectively.