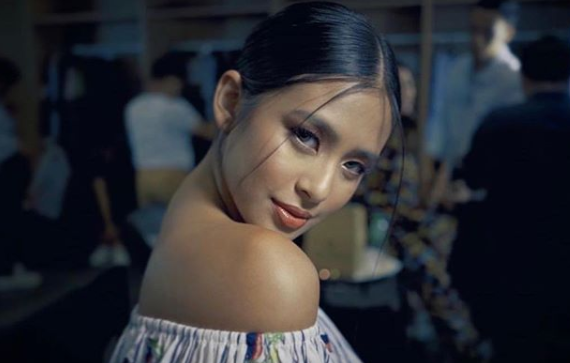 Gabbi Garcia just showed that she is an actress who really cares for her fans.

The Kapuso talent apologized to a fan who wanted to take a photo with her, but was unsuccessful with the attempt. Garcia wrote her apology via Twitter last night, May 8.

She made sure her tweet was directed to the said fan, as she specifically identified her, “To the girl beside the resto at the ground floor of bgc stopover, i saw you staring at me & i think you wanted to ask sana (I think) for a photo.”

Garcia then said “I’m sorry.” She said that she was “super rattled with all my things + i was on the phone talking to my driver, cause apparently he’s been there waiting for me,” thus not being able to grant the fan’s wish for a photo. 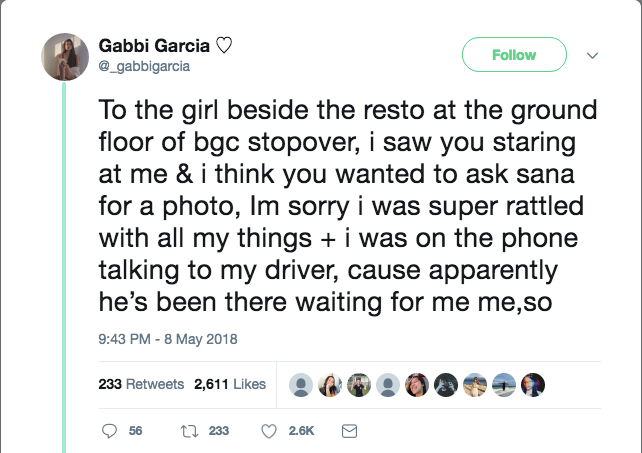 In another tweet, she wrote: “so i had to run + i was trying to put my wallet inside my bag cause I just went to the atm, plus i was [holding] a paperbag.” Citing that she was “super defocused,” Garcia reiterated her apology and said that she “felt bad” about what happened.

“Before i went inside the car, I checked if u were still there, but i guess you left already. Im really sorry!” she added. 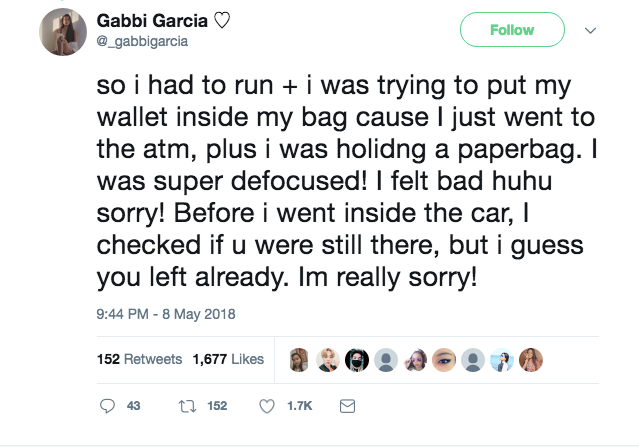 Garcia’s fans and followers were quick to reassure her, then lauded her for expressing concern for the fan.

Will the fan ever get to read Garcia’s apology? It remains to be seen, but it’s still at least good to know that some stars do care. JB