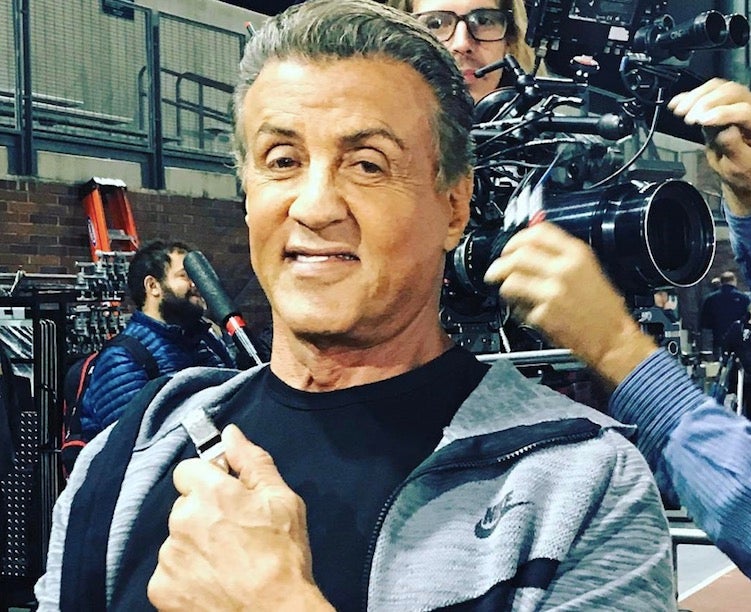 US film star Sylvester Stallone has revealed that his muscle-packed combat hero Rambo is getting ready to draw blood again in a fifth sequel next year.

Stallone — now 71 — posted a teaser poster on his Instagram account late Tuesday, showing a graffiti-style image of Hollywood’s most famous Vietnam veteran kneeling with his signature knife and the words: “Rambo V. Fall 2019.”

“Something wicked is coming this way,” the actor commented in a caption, a decade after his character last strapped on his famous headband and fired a hail of bullets at ruthless rogue soldiers in conflict-torn Myanmar.

The film’s producers, Millennium Media, are selling the international rights for “Rambo V” at the Cannes film festival, which opened Tuesday.

The latest installment in the franchise — launched with “Bad Blood” in 1982 — is slated to start filming in September in several locations including London, Bulgaria and the Canary Islands, according to the Hollywood Reporter.

In the new movie, John Rambo has swapped blood-drenched jungles for quiet ranch living in Arizona as he struggles with post-traumatic stress disorder.

But when a friend’s grand-daughter is kidnapped by a Mexican sex-trafficking cartel, Rambo cannot but jump back into action and join the hunt for the missing girl.